CPAC cancels speaker who said Judaism is a ‘complete lie’

The theme of this year’s CPAC is “America Uncanceled.” 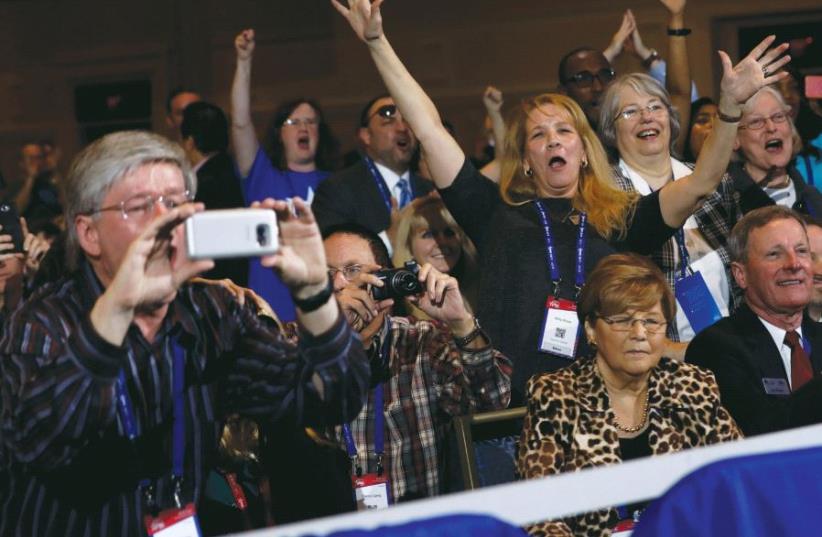 CPAC, the conservative political conference, has canceled the appearance of a speaker who has made several derogatory comments about Jews on social media.

Young Pharaoh, an online commentator and promoter of conspiracy theories, was set to speak on a panel at CPAC, which is being held in Florida at the end of the month. The conference is traditionally a gathering of leading Republican and conservative officials and figures, and will include former President Donald Trump this year, along with other politicians.

But Young Pharaoh has been removed from the program following a report by Media Matters, a liberal media watchdog, calling attention to Young Pharaoh’s anti-Semitic tweets. He has called Judaism a “complete lie,” referred to “thieving Jews” and said Israeli Jews commit pedophilia online.

Following the Media Matters report, CPAC tweeted that a speaker with “reprehensible views” had been removed from the conference program. Young Pharaoh no longer appears on the CPAC website.

We have just learned that someone we invited to CPAC has expressed reprehensible views that have no home with our conference or our organization. The individual will not be participating at our conference.

The theme of this year’s CPAC is “America Uncanceled.”