The children were taking part in a robotics competition to learn STEM subjects when the comment was made. 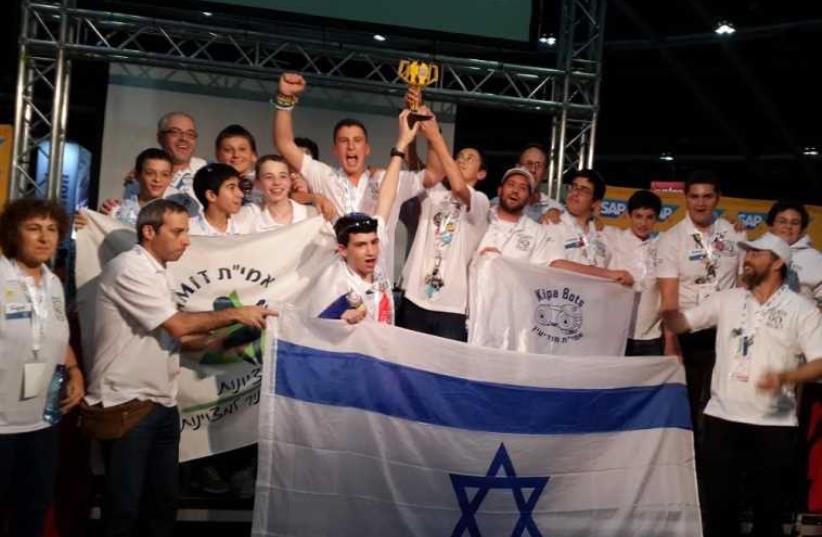 The KipaBots team from Modi'in at the First Lego League tournament in South Africa.
(photo credit: RON GRIENFELD)
Advertisement
A volunteer at the FIRST LEGO League robotics competition was caught on camera muttering "God damn Jews" in front of a crowd of school children and their astonished parents. The recording was captured by the father of one of the boys taking part in a competition held at Mineola High School, to which students came from all over Long Island to compete, according to stopantisemitism.org. In the video a student can be heard making mention of a building owned by the Hebrew Community of New York, following which the volunteer says "God damn Jews." Her colleague appears to nod in agreement. FIRST LEGO League is an educational applied robotics competition held globally, including in Israel, where it has been operating in hundreds of elementary schools since 2005.
The program introduces students aged 9 to 16 to science, technology, engineering and mathematics (STEM) concepts through hands-on learning. In a statement posted to Twitter, the FIRST LEGO League said that they were "aware of the remark," and that the volunteer would no longer be welcomed back at future events. "What was said is disgraceful and has no place in society, let alone at a youth event," they said, adding: "Comments such as this will never be tolerated.
Advertisement
Subscribe for our daily newsletter