Kristallnacht was the beginning of much worse to come

Eve Kugler was born in the town of Halle, Germany. At the time of Kristallnacht, she was just seven years old when SS officers stomped into her home

By INTERNATIONAL MARCH OF THE LIVING
(photo credit: SAM CHURCHILL)
Advertisement
Eve Kugler was born in the town of Halle, Germany. At the time of Kristallnacht, she was just seven years old when SS officers stomped into her home: "They ripped my grandfather’s Talit to pieces, tore the pages out of his leather bound Gemarah and his other sacred books and shredded his Sefer Torah.” Eve and one of her sisters were able to reach America in 1941 and were sent to foster homes. Meanwhile, Eve’s parents survived concentration camps and her youngest sister was forced into hiding. Miraculously, the family was reunited in the United States in 1946. 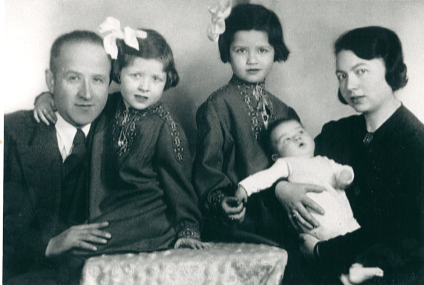 Tell us about yourself, family background, before and after the Shoah.

I was born in 1931 in Halle, Germany, a city of 200,000 people, of which only 2000 were Jewish.  My father owned a small department store that occupied the entire ground floor of the apartment building in which we lived.  I had a sister, a year older than me. My paternal grandfather, who was widowed lived with us.  He came to Halle from Poland in the 1890s and founded a Synagogue which we attended and where I went to Hebrew school. We maintained a kosher home and observed all the Jewish holidays.

The facts are that in the middle of the night five uniformed SS officers and the local police chief, who was known to us, trashed our apartment and led my father out of our home.

Kristallnacht must have absolutely terrified me.  As a child two months shy of the age of eight, I coped with this in the only way bearable to me, which was not to remember it.  This was not a conscious choice.  It just happened. Only when I was about 40, I asked my mother to tell me what happened.  She, my father and my older sister Ruth, who never forgot anything, told me. 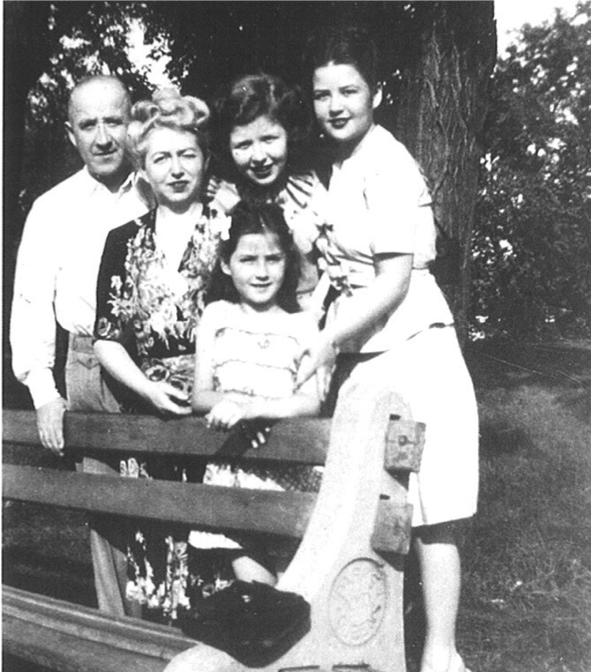 Nazis’ shouting woke Ruth and me.  We crept out of bed and stood in our doorway, aghast, making no sound. Men in uniform—leather boots, armbands bearing the swastika, stomped down the hallway. Mother said they went into all our rooms.  In the kitchen they opened cupboards and smashed dishes. The worst was in the room of my 79-year-old, widowed grandfather who lived with us until his arrest 19 days earlier. He was a very observant and learned Jew.  They ripped his Talit (prayer shawl) to pieces, tore the pages out of his leather bound Gemarah and his other sacred books and shredded his Sefer Torah.

Early the next morning, under the watchful eyes of those Nazis, my mother spent the next two hours sweeping up every shard of glass on the sidewalk. Broken glass also covered the inside of my father’s store. Mother had to sweep up that glass as well.  She was permitted to return home only when not a shred of glass remained.

My father’s sister Fanny came to our home sometime later with more terrible news.  The synagogue which my grandfather had established when he immigrated from Poland decades before, had been torched and burned to the ground as the fire brigade watched.

Often, even today when I think of these events, I tense up. Kristallnacht was the beginning of much worse to come for me and all our family. I’m glad that after many blank years I learned what happened. I no longer feel this gaping hole.

How did the Kristallnacht pogrom affect your life? Do you carry this memory until today?

Dreadful as it was, Kristallnacht is part of my life and my history.  I don’t think the anger and the pain will ever really leave me. I carry the memory of Kristallnacht to this day, as I do the events of the years that followed.  When I was growing up, I never told fellow students or the few friends I had about my experiences as a Holocaust survivor. This continued as an adult, hiding my background from colleagues, from everybody really.  Another feeling that I lived with was the guilt of having survived.

Why do you think it is important to tell this story, 82 years after it happened?

Kristallnacht was a turning point in Hitler’s war against the Jews, the mass arrests of German Jewish men on November 9, 1938 foreshadowing the mass arrests and murder of more than six million Jewish people during the Holocaust.  The Holocaust was the largest and most horrendous event of anti-Semitism in the history of the world. Anti-Semitism continues to this day, and it has been getting worse in the last several years.

Do you think the world has learned the lessons of Kristallnacht?

Two years ago, on Yom Kipur, there was a deadly antisemitic attack on Halle synagogue. When I heard this, I was absolutely horrified. I felt it was an attack on my own synagogue and a repeat of the destruction of the Synagogue that my grandfather established in Halle in the 1890s and which the Nazis burned to the ground on Kristallnacht. The continuing anti-Semitism today in so many countries tells us that the world has not learned that hatred of people who are different in various ways is wrong.

What is your message for the younger generation?

To the younger generation I say we are all human beings and we must respect each other regardless of perceived differences in religion, skin color, ethnicity or history. I say bluntly that we have to stop killing each other. I say don’t be a bystander.  Don’t remain silent when you witness acts of anti-Semitism or prejudice against other people.  It is your duty to speak up and act to make the world a better, safer, happier place.