Swastikas spray-painted on 150-plus grave markers in Illinois cemetery

Swastikas also were painted on 10 homes and two cars in a nearby Edwardsville subdivision, police said. 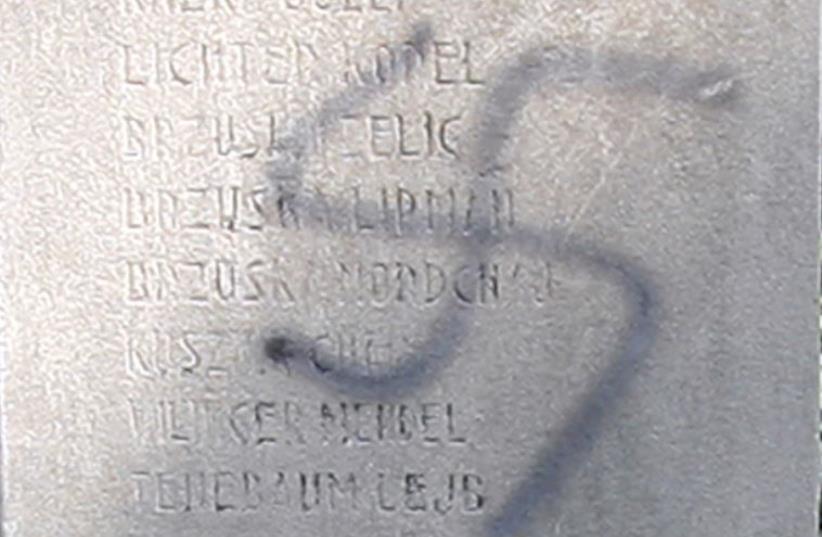 I hate to be reporting this days before Memorial Day, but 200+ tombstones we’re vandalized overnight at Sunset Hill Cemetery in Glen Carbon. Suspects spray painting swastikas on them. Over 1,300 veterans are buried here with a big Memorial Day event planned for Monday @KMOV pic.twitter.com/ZcMhPyqvzN

Swastikas also were painted on 10 homes and two cars in a nearby Edwardsville subdivision, police said.Mark Johnson, grounds superintendent at the non-denominational cemetery at 50 Fountain Drive, said the defaced stones were discovered about 7:15 a.m.Johnson said he believed the timing of the vandalism at the beginning of the Memorial Day weekend wasn't by chance. He said large numbers of people will be coming to the gravesites to pay their respects to loved ones, he said."I think they probably knew what they were doing," he said of whoever committed the vandalism.Johnson said he called in two crews to clean the stones and markers. He said he was hoping to obtain a product that could get the paint off quickly.Johnson said this is the first time vandalism of this magnitude has happened at the cemetery.The vandalism in the nearby subdivision, Sunset Hills Estates, took place between 1:40 and 2:20 a.m., said Edwardsville Police Sgt. Justin Towell.He said swastikas were painted on the siding of homes and garage doors.Edwardsville police posted on the department's Facebook page the image of a man believed to be a suspect in the case. The image is from a surveillance video from the subdivision.Towell said that person may also be responsible for the cemetery vandalism.(c)2018 the St. Louis Post-Dispatch. Distributed by Tribune Content Agency, LLC.
Advertisement
Hot Opinion