The Jewish Federations of North America along with a coalition of partner agencies raised money toward helping Jews in Ukraine escape to Israel. A new fundraising goal will be announced soon.

The Jewish Federations of North America announced Friday on its website that it had raised $24.5 million to help secure the Jewish community of Ukraine, surpassing its initial $20 million goal.

The JFNA expects to announce an updated fundraising goal in the coming days.

"Federations have placed a specific emphasis on providing immediate relief and direct services to vulnerable populations," they said, "and maintaining basic service delivery, to the degree possible, including:

Providing housing, clothing, medication, cash assistance, mental health services, security and transportation for refugees fleeing the war and those seeking to make aliyah [immigration to Israel]; Expediting the rapid aliyah of those individuals or families who wish to do so and facilitating their absorption on arrival; Ensuring the secure evacuation of individuals under immediate threat or where active hostilities were already taking place;" and "Safeguarding the security of Jewish communal facilities and Jewish individuals, whether in their home communities or in temporary accommodations."

According to the JFNA's estimates, the funds already impacted the situation on the ground in the following ways: Over 5,000 Jewish refugees were evacuated; over 650 Jewish Ukrainian refugees arrived as new olim (immigrants) in Israel; 4,130 beds were rented; over 23,000 calls were received at various hotlines, of which over 70% of were requests for food, medicines and evacuation; and 7,000 refugees received on-the-ground support in Ukraine. 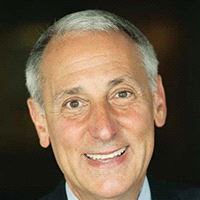 The aid organizations were already operating before the fighting broke out, and thus were well prepared for the new challenge, said JFNA President and CEO Eric Fingerhut.

"The skill and expertise we have been witnessing in the relief efforts in Ukraine and in the bordering countries is the result of years of experience, training, relationship building and fundraising,” Fingerhut said.

“We are proud that our system has both laid the groundwork for these organizations over the years and that our communities were so quick to answer the call to action at the moment it was needed."