“He was bright and smart and very open about sharing his opinions and very direct," Janet Calm said.

When Fred Manasse lit a candle last month at a Boston-area Yom Hashoah event in memory of one of the last survivors of the S.S. St. Louis, it was a highly personal gesture.

His own father had been a passenger on the St. Louis, the ill-fated liner crammed with hundreds of Jewish refugees that was denied entry in 1939 by the United States, Cuba and Canada and sent back to Nazi Germany. Of the 900-plus passengers, 254 would not survive the Holocaust, including Manasse’s father. His father, his mother and younger sister later perished in Nazi death camps.

Manasse himself was rescued as a young child on a Kindertransport, one of a number of rescue efforts arranged by the British government between 1938 and 1940. His older brother, also on the Kindertransport, survived.

Manasse went on to become a stalwart leader on behalf of Boston’s Holocaust survivors, and a man of many talents, accomplishments and interests. He died Friday, after being ill for several years. He was two months shy of his 87th birthday.

Manasse was a noted physicist, a trailblazer in the solar industry field, and later in life, an award-winning artist and sculptor. His body of work, widely exhibited and collected here and across New England, included Judaica and pieces that reflected his Holocaust survival. 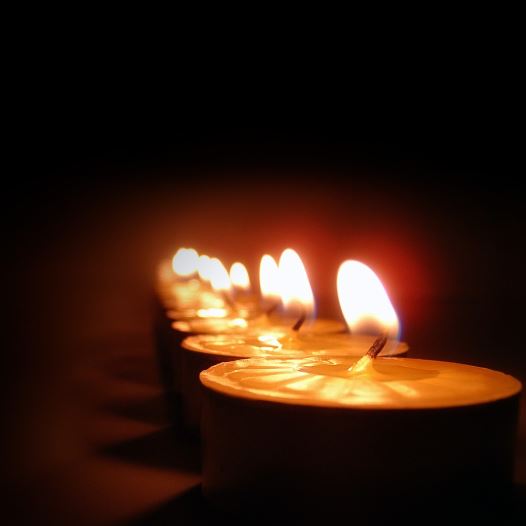 “I realized that my earlier experiences in Nazi Europe deserved to be represented by sculptural work in addition to my written and oral presentations” about the Holocaust, Manasse wrote on his website.  Those works include “My Diaspora: A Family After the Holocaust,” a sculpture in assembled bronze. The work won several national awards and was exhibited in 2009 at Hebrew College in Newton for “Artists Confront the Holocaust,”  an art show he curated.

Manasse was active in the organization and shared his life story with a wide array of groups of all ages and from all walks of life, Stein Calm, herself a child of survivors, told the Jewish Telegraphic Agency in a phone conversation. He participated in many programs with the Consulate of Germany to New England and was active in the World Federation of Jewish Child Survivors of the Holocaust, she said.

As a longtime member of the planning committee for the local Jewish Community Relations Council’s annual Yom Hashoah gathering, Manasse was a strong advocate for the interests and concerns of other survivors.

“He always helped us think about what would be meaningful for survivors,” Emily Reichman, JCRC’s director of community engagement, told JTA, ensuring that the content of the program addressed the specific needs and experiences of survivors and their families.

The life of Fred Manasse

Fred Kurt Manasse was born in Frankfurt on July 27, 1935. Through the efforts of his parents, he and his older brother were secured spots on a Kindertransport that sent Jewish children to families out of Nazi Germany. After being safely hidden in five countries, he and his brother arrived as refugees to New York City in 1946 and lived in multiple foster homes, according to his family’s obituary.

While working at Bell Labs, Manasse was awarded a scholarship to Princeton University, where he earned a Ph.D. in theoretical physics with a dissertation on black holes.

His academic career included positions at Princeton, Dartmouth, Drexel and the University of New Hampshire, where he also served as assistant dean.

It was after his retirement in 2002 that Manasse pursued his creative interests including ceramics and later sculpture, under the tutelage of a master sculptor, focusing on figurative work.

“I want to let my passions and emotions dominate the pieces I create rather than slavishly trying to make accurate representations of what I see directly,” he wrote.

“You could feel what he felt in his heart about what he went through,” Stein Calm said about his Holocaust-themed work.

Manasse, who had a lifelong passion for classical music, was drawn to the unique pre-World War II liturgical music and Hasidic melodies that came to life at Temple Beth Israel in Waltham through the contributions of congregant Morris Hollender, also a Holocaust survivor, according to Hankus Netsky.

Netsky has a bas-relief sculpture that Manasse gave him perched on his piano at the New England Conservatory of Music, where he co chairs the college’s contemporary improvisation department.

The artist made the sculpture based on a photograph of Hollender, his wife and Netsky, the founder of the Klezmer Conservatory Band.

“He saw what Mr. Hollender did in preserving his cultural and religious traditions through music as parallel to what Fred [Manasse] did through his sculptures,” Netsky wrote in an email.

“He expressed his love of his people and his heritage through his sculptures,” Netsky wrote.

Manasse is survived by his wife Annette, four children and their families, including four grandchildren. He was predeceased by his eldest son.