Libyan Jews whose graves were bulldozed under Gaddafi remembered in Rome

All but one of Libya’s Jewish cemeteries were bulldozed during the reign of Muammar Gaddafi.

By DAVID I. KLEIN/JTA
A view of the abandoned Dar Bishi Jewish cemetery in the Old City of Tripoli, Libya's capital, in 2015.
(photo credit: MAHMUD TURKIA/AFP VIA GETTY IMAGES)
Advertisement

Many in the Libyan-Jewish diaspora know that even if they return to Libya someday, they would never again be able to visit the graves of their parents, grandparents or other loved ones who lived in the country while it was home to more than 30,000 Jews.

A new initiative in one of Rome’s Jewish cemeteries aims to provide some closure, according to a report by the British Jewish News.

Almost all of Libya’s Jewish cemeteries — save one built on the grounds of an Italian-run concentration camp — were bulldozed during the reign of Muammar Gaddafi, the eccentric strongman who ruled the North African state from 1969 until his execution in 2011.

Civil war raged in Libya until 2020, and there is almost nothing to show of any Jewish gravestones, as the cemetery grounds have long been replaced with parks, apartment buildings and other construction.

Last week, according to the Jewish News, 16 marble plaques were unveiled in the Jewish section of Rome’s Prima Porta Cemetery, bearing 1,800 names of Libyan Jews known to have been buried in Libya. Before it gained independence after World War II, Libya had been an Italian colony, and many Libyan Jews fled to Italy to escape the antisemitic pogroms and other persecution that broke out in the North African state after the establishment of the state of Israel, and again after the 1967 Six-Day War. 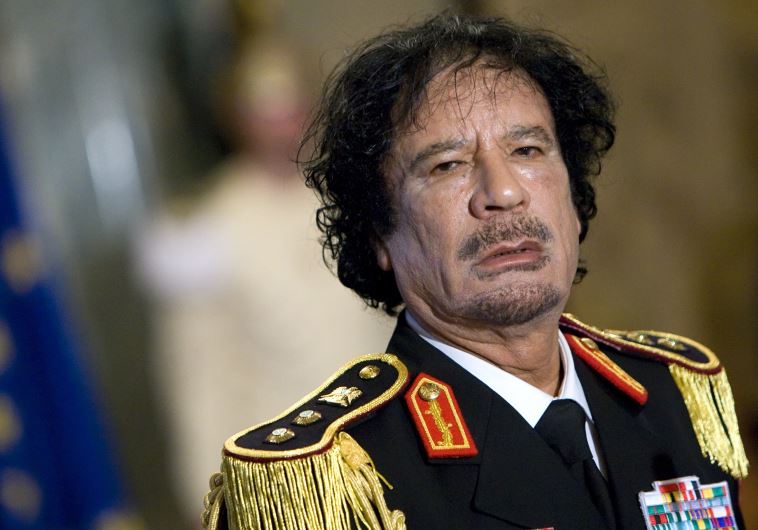 “When your loved ones have no grave, it helps enormously if there’s a place with their name, where you can come and find peace.”

“It brings closure,” Penina Meghnagi Solomon, 73-year-old Libyan Jew who now lives in Santa Monica, Italy, told the British outlet. “When your loved ones have no grave, it helps enormously if there’s a place with their name, where you can come and find peace.”

The plaques were funded by Judy Saphra, a British-Jewish philanthropist who was born in Libya and found refuge in Italy when she was forced to flee as a child.

“This memorial to my father is to a man I never knew – I was born after his death at the hands of Libyan Arabs merely because he was Jewish,” she told the Jewish News. “I never saw his tomb because my grieving mother wanted to spare me the pain of such a great loss. Only years later, while attending the funeral of her own father, did she take me by the hand to see my father’s tomb. That’s why I wanted to commemorate and sponsor this memorial: in the name of my father, and for the Jewish community of Libya in Rome.”