Will Rahm Emanuel be US's next ambassador to Israel? Not so fast, says Chicago mayor

With the elections coming closer, the American Ambassador to Israel, Dan Shapiro, has not yet decided when he will leave his post. 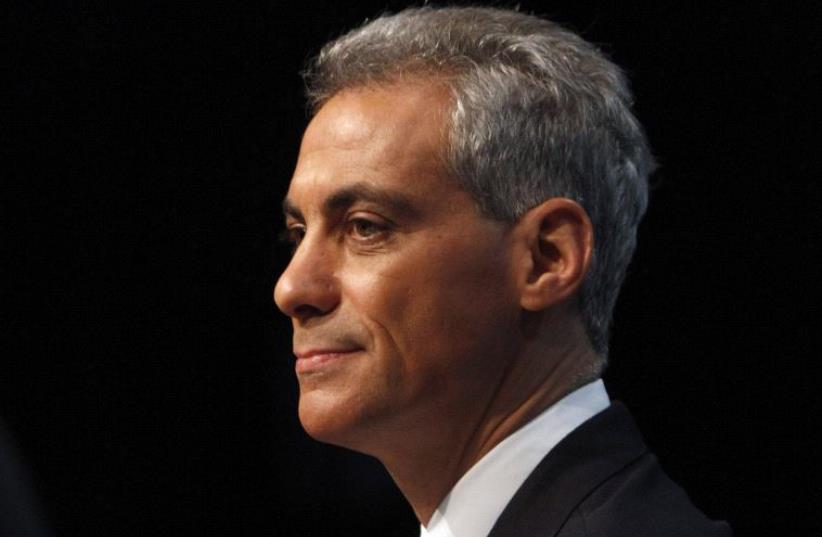 Chicago Mayor Rahm Emanuel
(photo credit: REUTERS)
Advertisement
The US elections have not yet been held, and Ambassador Dan Shapiro has not yet said when he will leave his post, but Chicago Mayor Rahm Emanuel has already vigorously denied rumors of any interest in Shapiro’s job.Last week, Crain’s Chicago Business columnist Greg Hinz reported “an absolute delicious piece of gossip floating around that, up to a point, makes some sense: The next US ambassador to Israel could be one Rahm Emanuel.”Nonetheless, Hinz, whose column began, “I’m not going to say it’s going to happen,” wrote that the story goes like this: “Chicago’s mayor isn’t particularly tight with Hillary Clinton. But he and potential ‘First Lady’ Bill Clinton have gotten along just fine since Emanuel worked for the then-president a generation ago. Beyond that, Barack Obama, who is working really hard for Clinton this year, hired Emanuel as his first chief of staff.“So as the story goes, if Clinton wins this fall – and if it becomes apparent that Emanuel’s road to reelection in 2019 remains badly uphill – it would be time to look for an honorable parachute.”And, he concluded, Chicago’s first Jewish mayor, who has an Israeli father and who famously volunteered on an IDF base during the Gulf War, “would be a fitting choice as ambassador to the Jewish state.”Asked about the possibility at a news conference later the same day, Emanuel termed it “ridiculous,” adding that he hasn’t been asked and that he is not interested.Hinz quoted one Washington source as saying the State Department would “go apoplectic” over such an appointment, and a source close to the Clintons as saying, “he’d have to stand in line. A lot of heavy hitters would like that job. And given the situation in the Middle East, they might feel they have to give it to a career politician.”Emanuel served Bill Clinton as a senior aide during his term as president, and developed a rocky relationship with Benjamin Netanyahu, who was prime minister from 1996 to 1999. The same relationship carried over into the Obama Administration from 2009-2010, when Emanuel continued as the new president’s chief of staff.Shapiro was appointed by Obama as ambassador in 2011. As is customary for all US ambassadorial appointments, he is widely expected to tender his resignation once a new president is sworn into office in January 2017, and likely to leave his post next summer.Shapiro is the third-longest serving US ambassador to Israel. Only Walworth Barbour, who served from 1961 to 1973, and Samuel Lewis, who held the post from 1977 to 1985, served longer.