Cuban Jewish leader: Synagogues have no need for security

“We are the only country with a synagogue that has its doors constantly open, where there is no kind of security at all, no kind of guards,” says president of Cuban Jewish community. 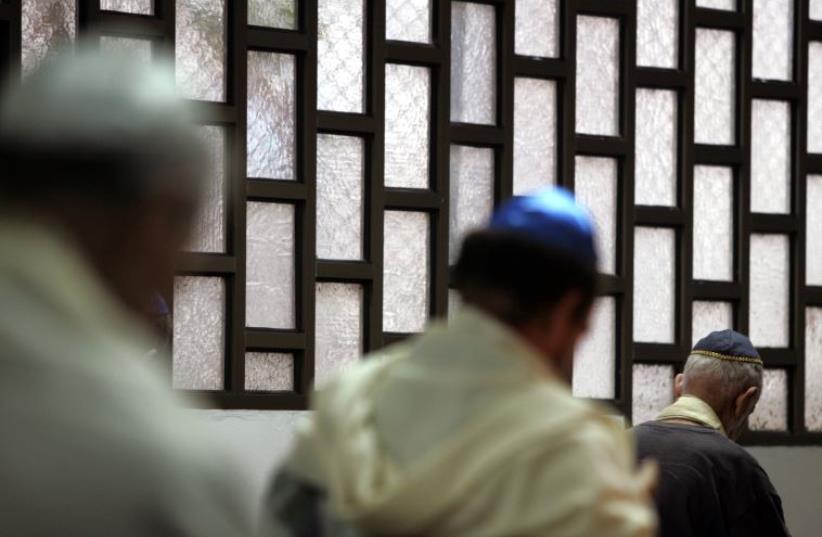 Men of the Cuban Jewish community attend a service at a synagogue in Old Havana
(photo credit: REUTERS)
Advertisement
The vice president of the Cuban Jewish community said in an interview that the country’s synagogues do not require security.“We are the only country with a synagogue that has its doors constantly open, where there is no kind of security at all, no kind of guards,” David Prinstein told the Agencia Judía de Noticias news portal. “There is no type of anti-Semitic expression against Jews and synagogues.”Prinstein also praised interfaith dialogue as a priority for Jews on the island.“We are part of a Cuban interreligious platform, where we hold continuous meetings tackling topics in common and positive for all parties,” he said. “This has made possible an excellent relationship with all other religious denominations.”Prinstein called the Cuban government’s relationship with the Jewish community “excellent.”“It is a very open relationship, very sincere and above all respectful,” he said.Cuba is home to nearly 1,500 Jews. The island nation has three synagogues and two cemeteries.“It’s just like the saying: two Jews, three synagogues,” Prinstein joked.Last week, Prinstein said of President Barack Obama’s historic visit to the country — the first by a sitting U.S. president to the island in 88 years – that it was a milestone for the small Cuban Jewish community and “a transcendental, historic moment.”Last month, Latin Americans aged 25-40 interested in Jewish culture, education and leadership met in Havana for the Nahum Goldmann Fellowship seminar sponsored by the Memorial Foundation for Jewish Culture. It was the first time the event had taken place in Cuba since 1959.Jews first arrived in Cuba as conversos, Spanish or Portuguese Jews who were forcibly converted to Catholicism but secretly continued to practice Judaism, sailing with the explorer Christopher Columbus, who landed on the largest Caribbean island in 1492. The country’s once 25,000-strong community saw 95 percent of its members flee the Fidel Castro Communist government, mostly to Miami.