Despite protests, US State Department to return Jewish artifacts to Iraq

Democratic and Republican lawmakers and Jewish groups have lobbied to renegotiate the deal, arguing that the documents should be kept in the US or elsewhere where they are accessible to Iraqi Jews and their descendants.

Discovery and Recovery: Behind the Scenes Work on the Iraqi Jewish Archive (Credit: YouTube/US National Archives)
Advertisement
The United States will return to Iraq next year a trove of Iraqi Jewish artifacts that lawmakers and Jewish groups have lobbied to keep in this country, a State Department official said.A four-year extension to keep the Iraqi Jewish Archive in the US is set to expire in September 2018, as is funding for maintaining and transporting the items. The materials will then be sent back to Iraq, spokesman Pablo Rodriguez said in a statement sent to JTA on Thursday.Rodriguez said the State Department “is keenly aware of the interest in the status” of the archive.“Maintaining the archive outside of Iraq is possible,” he said, “but would require a new agreement between the Government of Iraq and a temporary host institution or government.”The archive was brought to America in 2003 after being salvaged by US troops. It contains tens of thousands of items including books, religious texts, photographs and personal documents. Under an agreement with the government of Iraq, the archive was to be sent back there, but in 2014 the Iraqi ambassador to the US said its stay had been extended. He did not say when the archive was to return.Democratic and Republican lawmakers and Jewish groups have lobbied to renegotiate the deal, arguing that the documents should be kept in the US or elsewhere where they are accessible to Iraqi Jews and their descendants. JTA reached out to lawmakers who have sponsored resolutions urging a renegotiation of the archive’s return but did not hear back in time for publication.Iraq and proponents of returning the archive say it can serve as an educational tool for Iraqis about the history of Jews there and that it is part of the country’s patrimony.In 2003, US troops found the archive, much of it waterlogged, in the basement of the Iraqi secret services headquarters in Baghdad. Under Saddam Hussein’s reign, Iraq had looted many of the artifacts after the dictator drove the Jewish community out of the country amid intense persecution.In the US, the artifacts were restored, digitalized and exhibited under the auspices of the National Archives in Washington, D.C.Rodriguez was asked how appropriate treatment of the archive will be ensured.“When the IJA is returned, the State Department will urge the Iraqi government to take the proper steps necessary to preserve the archive, and to make it available to members of the public to enjoy,” he said in the statement.The archive is set to be exhibited at the Jewish Museum of Maryland Oct. 15-Jan.15. The exhibit page says the items include a Hebrew Bible with commentaries from 1568, a Babylonian Talmud from 1793 and an 1815 version of the Zohar, a Jewish mystical text.“At this point, we have no new information for you about additional venues,” Miriam Kleiman, program director for public affairs at the National Archives, told JTA in an email on Friday.Groups representing Jews from Iraq decried the return date.“There is no justification in sending the Jewish archives back to Iraq, a country that has virtually no Jews and no accessibility to Jewish scholars or the descendants of Iraqi Jews,” Gina Waldman, founder and president of Jews Indigenous to the Middle East and North Africa, said Friday in a statement to JTA. “The US government must ensure that the Iraqi archives are returned to its rightful owners, the exiled Iraqi Jewish community,” 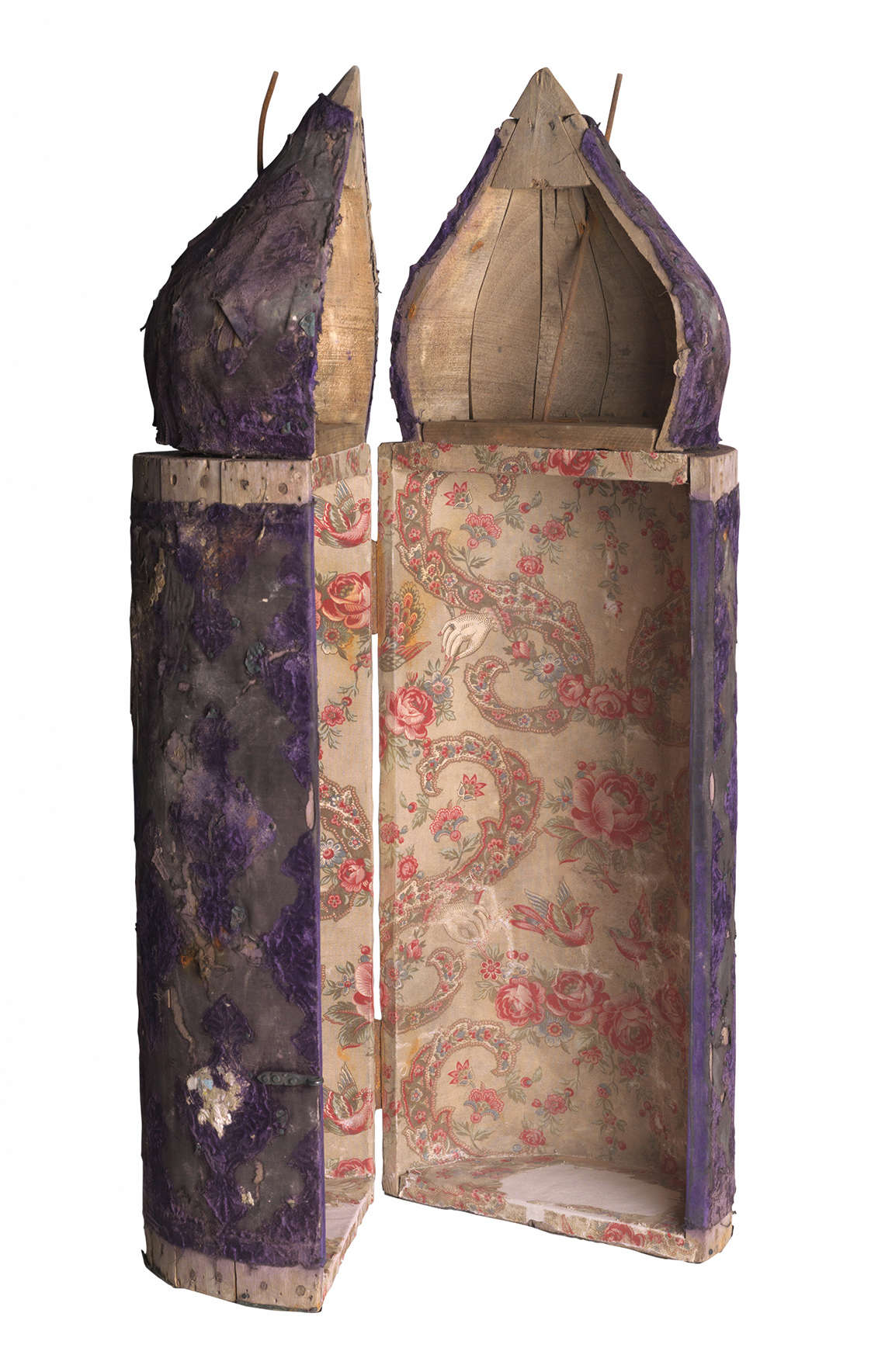 Tik (Torah case) and Glass Panel from Baghdad, 19th-20th centuries. In Jewish communities throughout the Middle East, the Torah scroll is generally housed in a rigid tik, or case made of wood or metal. (US National Archives)
Stanley Urman, executive vice president for Justice for Jews from Arab Countries, echoed Waldman in saying there was no justification for sending back the archive.“This is Jewish communal property. Iraq stole it and kept it hidden away in a basement. Now that we’ve managed to reclaim it, it would be like returning stolen goods back to the thief,” Urman told JTA on Friday.Rabbi Andrew Baker, director of international Jewish affairs at the American Jewish Committee, emphasized that the agreement had always been that the archive would be returned.“Certainly if there are more venues or museums that might wish to host this exhibition, that could be another reason for further deferring returning it to Iraq,” he told JTA on Friday.Baker said the fact that materials have been digitalized ensures access to the archive no matter where it is physically located.“Frankly, I would hope that while the position of the State Department is as been said, and a date has been given, that there can be and hopefully will be further understanding or agreements that might be reached even informally that would lead to further deferral of any actual return of the archive,” he said.Rep. Eliot Engel, D-N.Y., the ranking member of the House Foreign Affairs Committee, said the archive should remain wherever it is most accessible to the public.“The Iraqi Jewish community endured for millennia, and the Iraqi Jewish Archive is an important collection of cultural records testifying to their presence in that historic land. It should be accessible to anyone. If that goal is best achieved by the archive remaining in the United States, then that’s what we should do.”Marc Lubin, a government relations consultant who has worked on the issue, was critical of the agreement with the Iraqi government to return the archive.“The Iraqi Jewish Archives case lifts the curtain and exposes the reality that the United States has entered into a number of agreements, in name of deterring looting, that in fact endorse foreign government claims on the property of Jews and other individuals and religious minorities,” he told JTA in an email. “These provisions violate American principles and need to be rolled back.”