Titled “Elie Wiesel, from Sighet to Moscow via France and Israel,” the exhibition opened Wednesday at the Israeli Cultural Center in the Russian capital. 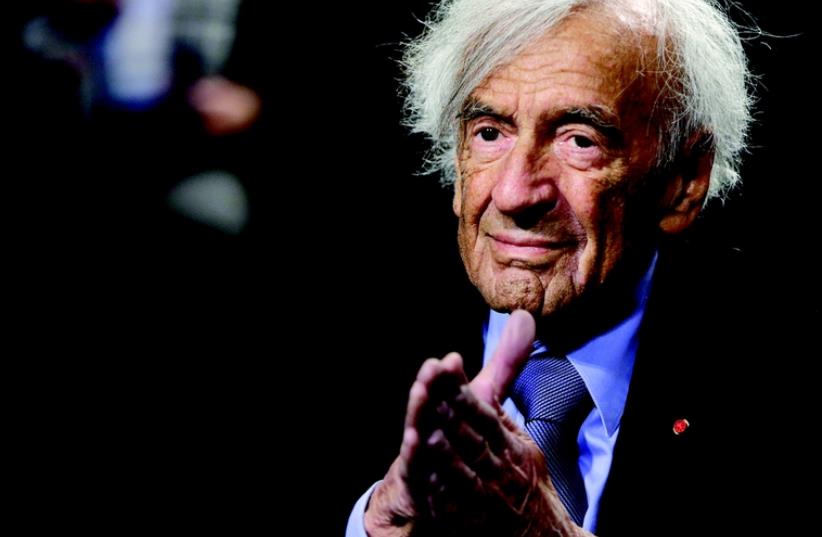 Elie Wiesel
(photo credit: REUTERS)
Advertisement
Elie Wiesel inspired the movement to free Soviet Jewry, and his pivotal role is now being recognized at a photographic exhibition in Moscow.Titled “Elie Wiesel, from Sighet to Moscow via France and Israel,” the exhibition opened Wednesday at the Israeli Cultural Center in the Russian capital.It surveys the life of Wiesel, whose seminal 1966 book The Jews of Silence was an important milestone for the Soviet Jewry movement. Wiesel died in New York on July 2 at the age of 86.It is a realization of Wiesel’s will, according to Chaim Chesler, who founded Limmud FSU together with Sandra Cahn in Moscow a decade ago to strengthen Russian-speaking Jews around the world.“Elie Wiesel told me in New York two years ago that he wanted to return to Moscow to open an exhibition commemorating the struggle for Soviet Jewry,” said Chesler.“Unfortunately, his illness prevented it from happening, but this is a closure of a circle. 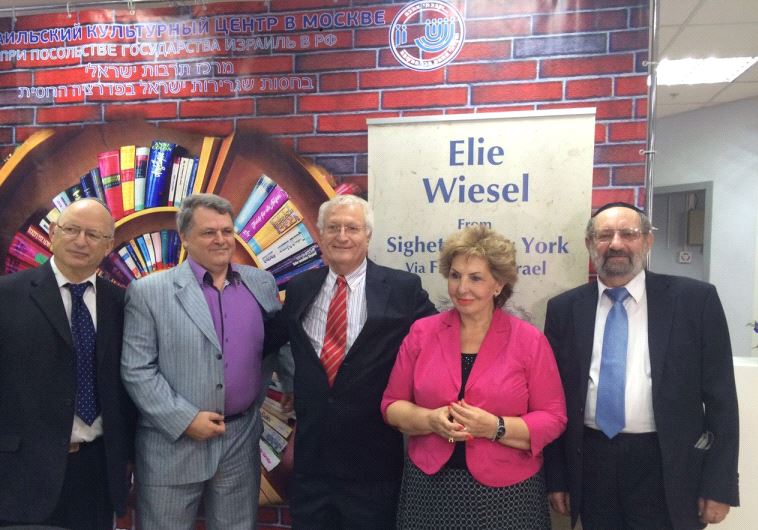 Curator Dr. Yoel Rappel, Claims Conference representative Prof. Ilya Altman, Limmud FSU Founder Chaim Chesler, Immigration and Absorption Minister Sofa Landver and Russian Chief Rabbi Avraham Shayevich at the opening of the Elie Wiesel exhibition in Moscow on Wednesday. (Courtesy Limmud FSU)
It is fitting that Wiesel was honored in Moscow by the very people he helped free 50 years after writing The Jews of Silence,” said Chesler. “His memory will serve as an inspiration and a symbol of our triumph.”Organized by Limmud FSU, in partnership with the Shem Olam Institute and the Nativ organization, the exhibition will run until the end of September.Dr. Yoel Rappel, the founder and director of the Elie Wiesel Archive at Boston University, curated the exhibition, which showcases milestones in Wiesel’s life, from his birth in Sighet to his life during the Holocaust and his work as a novelist, journalist, Jewish leader and 1986 Nobel Peace Prize winner.“When I asked Wiesel how the struggle for Soviet Jewry is more important than the struggle for Holocaust awareness, he replied: ‘The Jews of Europe were exterminated physically by the Nazis; the Jews of the Soviet Union were being destroyed spiritually.The first we were unable to avoid, but we must prevent the second from succeeding.”Immigration and Absorption Minister Sofa Landver, who made aliya from Russia in 1979, was one of an array of VIP guests attending the opening of the exhibition.“Elie Wiesel managed to break through the Iron Curtain and allow many Jews to return to the Jewish homeland.He played a key role in the struggle for human rights and for Jews in the former Soviet Union,” Landver said.“I want to offer him my personal thanks, because it was due to his efforts that I succeeded in reuniting with my family in Israel.”Among the guests attending the event were Russia’s two chief rabbis, Berel Lazar and Avraham Shayevich, Russian Jewish Congress president Yuri Kenner, Conference of European Rabbis president Pinchas Goldschmidt; Euro- Asian Jewish Congress secretary- general Mikhail Chlenov, Israeli-Russian Business Council chairman Dr. Temur Ben Yehuda, Prof. Ilya Altman, representing the Claims Conference in the FSU, and the American Jewish Joint Distribution Committee’s representative in Moscow, Alik Nadan.The Jerusalem Post is publishing a special memorial magazine on Elie Wiesel in the upcoming edition of The Jerusalem Report.