“Restitution is a human rights issue, not purely a Jewish concern" 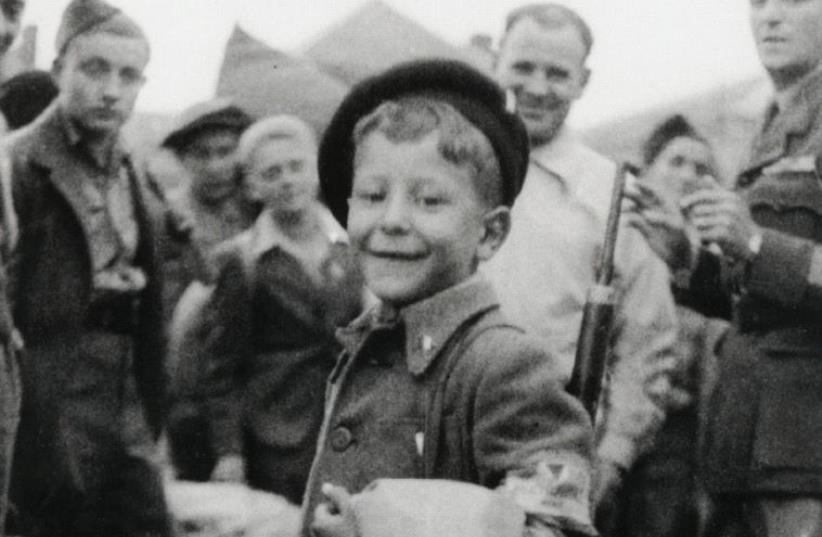 Liberated: The eight-year-old Lau, then known as ‘Lulek,’ leaves the Buchenwald concentration camp in 1945
(photo credit: Courtesy)
Advertisement
European Parliament members from more than 20 EU member- states and five European political groups have backed a pledge to increase support for Holocaust survivors and their families who are seeking the return of stolen and looted WWII property, the World Jewish Restitution Organization told The Jerusalem Post.Seventy-one MEPs from across the political spectrum issued a joint declaration promising to work together on Holocaust-era restitution and to address the growing welfare needs of survivors, many of whom live in poverty.The statement calls on the European Commission and EU member-states to appoint special envoys for Holocaust-related issues. It also urges the EU to provide technical advice and support to assist and monitor restitution processes across Europe to meet the obligations of the 2009 Terezin Declaration on Holocaust-Era Assets.Forty-seven countries, including all 28 members of the European Union, approved the Terezin Declaration that recognizes “the importance of restituting or compensating Holocaust-related confiscations made during the Holocaust era between 1933-45.”In welcoming the statement, Gideon Taylor, chair of operations at the World Jewish Restitution Organization, said on Monday he hoped the focus placed on restitution by the European Parliament would spur nations to act.“Holocaust-era property restitution requires urgent action to help put an end to the injustice done to survivors, and to support those living in poverty and hardship,” he said. “The European Parliament’s declaration puts the EU at the forefront in calling for justice for survivors and their families.”In the declaration, the MEPs pledged “enduring commitment to the provision of adequate and immediate social welfare support for Holocaust survivors, the demarcation, protection and preservation of Jewish cemeteries, mass graves and other burial sites, the preservation of Jewish heritage sites, and the promotion of Holocaust education, research and remembrance.”Chair of the European Alliance for Holocaust Survivors, Gunnar Hokmark MEP, said, “With this declaration, members of the European Parliament affirm the moral responsibility of the European Union member-states to advance Holocaust-era property restitution.“It also sends a strong political message that with the advancing age of Holocaust survivors, resolving property restitution is an urgent issue, and ensures that bringing some justice to the victims of the mass theft of the 1930s and 1940s remains a high priority for the European Union.”Ambassador Joël Lion, special envoy of the Israeli Foreign Ministry for Holocaust Era Assets Restitution, remarked, “It has been more than 70 years since the Holocaust, but only a small fraction of private and communal immovable and movable property that was illegitimately seized from Jewish victims has been returned.At the same time, many Holocaust survivors live in poverty and without adequate social care, and their social welfare needs are expanding rapidly as they age.“Restitution is a human rights issue, not purely a Jewish concern, and so it is the responsibility of all member states to address the legacy of the Holocaust and ensure that every country has a comprehensive and efficient system for restoring property to their rightful owners.”At a Brussels conference in May on restitution and Holocaust remembrance, European Parliament President Antonio Tajani urged European countries to step up efforts to ensure the return of property and possessions seized from Jewish victims during the Holocaust. At that event, titled “Unfinished Justice: Restitution and Remembrance,” the declaration was first put on the table.Signatories include representatives of the Alliance of Liberals and Democrats for Europe, European Conservatives and Reformists Group, European People’s Party, Greens/European Free Alliance, and Progressive Alliance of Socialists and Democrats.Countries represented by the MEPs are Austria, Belgium, Croatia, Czech Republic, Estonia, Finland, France, Germany, Greece, Hungary, Ireland, Italy, Lithuania, Luxembourg, Netherlands, Portugal, Romania, Slovakia, Slovenia, Spain, Sweden, and the United Kingdom.