The group was originally banned in 2012 after jihadist propaganda was found on its site. 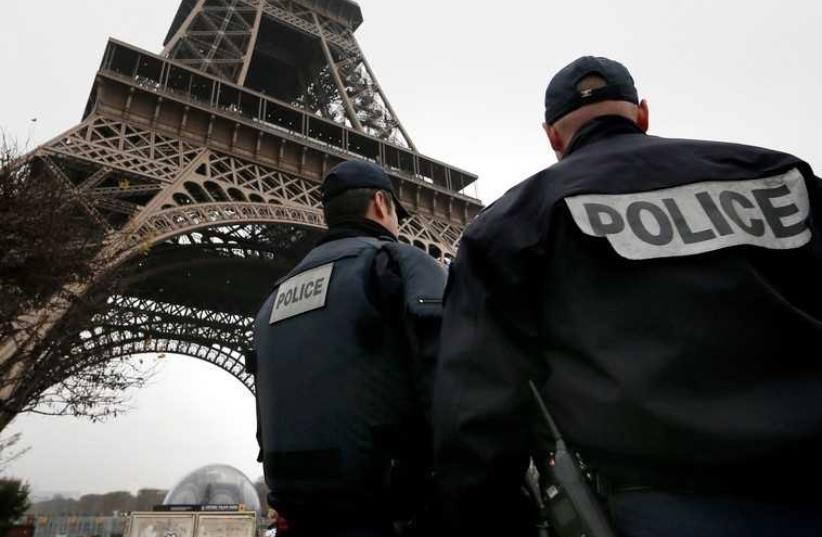 French police officers [Illustrative]
(photo credit: REUTERS)
Advertisement
Fourteen members of a banned Islamic group went on trial in Paris on Monday facing terrorism charges after a list of Jewish stores marked "targets" was allegedly found in files belonging to its leader.The stores on the list found in the possession of Mohamed Achamlane, 37, included some in the Hyper Cacher chain, like the one in which four people were killed in a gun siege two days after the Islamist killings at satirical weekly Charlie Hebdo.The 14 are charged with "criminal conspiracy related to a terrorist enterprise." Some of the 14 members of the "Forsane Alizza" ("The Horsemen of Pride" in Arabic) group also face charges of illegal possession of weapons.Achamlane, who has previous convictions for offenses related to weapons and violence, denies any plans to carry out attacks and said the group's aim was simply to "unite young Muslims.""Since the tragic events of January, things are being whipped up out of all proportion," his lawyer Bérenger Tourné told reporters at the trial, which is due to last until June 23. "My client was preparing no attack."The group was created in 2010 with the official goal of stopping the spread of Islamophobia.However it was banned by the government in March 2012 after jihadist propaganda appeared on its website. Searches carried out after the arrests of Achamlane and his associates that month unearthed weapons and the list of Jewish stores.France has remained on top security alert since the Jan. 7-9 killings at satirical weekly Charlie Hebdo and the Jewish foodstore by Islamist gunmen acting in league with each other.