The BW revelations come ahead of a slated robust anti-boycott law to protect Israel in New York State that would penalize companies for BDS activity. 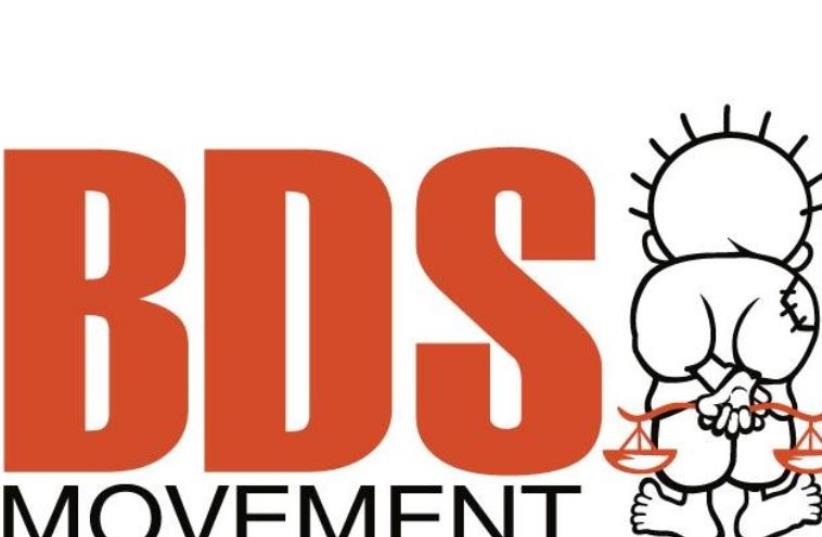 BDS logo
(photo credit: BDS)
Advertisement
NEW YORK CITY - The BW Bank in the German city of Stuttgart stood by its business accounts with a neo-Nazi party and a Palestinian group that seeks the destruction of Israel.“The [neo-Nazi party] account belongs to a permitted party in Germany,” Rüdiger Schoß, a spokesman for the BW, wrote The Jerusalem Post by email on Thursday.A Post investigation traced neo-Nazi party and BDS accounts (Boycott, Divestment, Sanctions movement against Israel) to the BW, which is owned by the financial institution Landesbank Baden-Württemberg (LBBW) in southern Germany. The BW accounts allow the allegedly hate-monger groups to receive electronic transfer donation funds, which both organizations advertise on their websites.Schoß said “Generally, we do not make the opinions our customers our own views.” He added that the BW can only discontinue an account when “according to German law, objective impediments are present.” Schoß said that the BW’s Code of Conduct has an anti-discrimination policy.When pressed by the Post as to whether the neo-Nazi and BDS group Palestine Committee Stuttgart accounts unfairly single out Jews and Israelis for discrimination, Schoß refused to comment.The BW revelations come ahead of a slated robust anti-boycott law to protect Israel in New York State that would penalize companies for BDS activity.The BW provides an account to the Palestine Committee Stuttgart, which devotes its funds to a full-blown boycott of the Jewish state. The BW along with additional German and Austrian banks with BDS accounts—Commerzbank in Frankfurt, Erste Group and Bawag in Vienna—landed in the cross hairs of the planned anti-BDS in New York State.“The New York legislation would certainly adversely affect those banks. In a time of crisis that is growing more acute by the day, Americans and New Yorkers want to stand with our strategic democratic ally Israel and against hatred peddled by the BDS movement,” New York State democratic Assemblyman Charles Lavine told the Post in early April.Senator Mark Kirk from Illinois called last week for an investigation into Commerzbank because it has a Chicago office. The State of Illinois has one of strictest anti-BDS laws in the US. Commerzbank spokesman Michael Machauer refused to respond to a Post query about Senator Kirk’s comments.The neo-Nazi party NPD (National Democratic Party) branch in in Stuttgart lists a BW account on its website.Janus Nowak, the neo-Nazi politician named on the website’s donation webpage, did not answer Post queries. The Schwäbisches Tagblatt newspaper reported in 2010 that Nowak was convicted of incitement to hatred for calling Jewish prisoners of the Nazis “war prisoners.” In 2009, Jürgen Rieger, then-deputy chairman of the NPD and a denier of the Holocaust, called on Germans to boycott Israel.- BW’s New York City office has also remained tightlipped about the bank’s anti-Israel accounts, declining to answer multiple Post media queries.In response to a Post query and article on the Palestinian BDS account, Attia Rajab, a spokesperson for Palestine Committee Stuttgart, wrote on the group’s website “an important part of our work is to disseminate information about human rights violations of the state of Israel. We demand that these violations of international law must not be promoted by cooperation with or support of institutions or companies which practise racism and the policy of Apartheid. “ The German-Israel friendship society (DIG) in Stuttgart and Mittlerer Neckar has called on the BW to terminate its account with the Palestine Committee Stuttgart: “The bank, in actuality, supports a boycott of Israel, “said a DIG statement on its website. The DIG launched the first actions against the anti-Israel BW financial transactions.Bärbel Illi, chairwoman of the DIG, said “the Palestine Committee Stuttgart is a well-known for its agitation against Israel. It advocates for the elimination of the Jewish state, organizes Israel boycott actions in front of department stores; and organized demonstrations where ‘death to the Jews’ was screamed and Israel was accused of committing a repeated Holocaust.” Public Security Minister Gilad Erdan told the Post this month: “We continue to urge all financial institutions to carefully consider the potential legal, reputational and ethical consequences of facilitating the activities of BDS groups.”He added, "We have been working extensively over the past half year to increase awareness among decision-makers in Europe and North America of the anti-Semitic, anti-democratic, and discriminatory nature of the BDS movement, which seeks Israel's destruction and often has ties to terror-supporting organizations.”