Did BDS activists get airline to nix Israeli snack?

Airline says order was a supplier’s mistake; stresses it is not boycotting Israel. 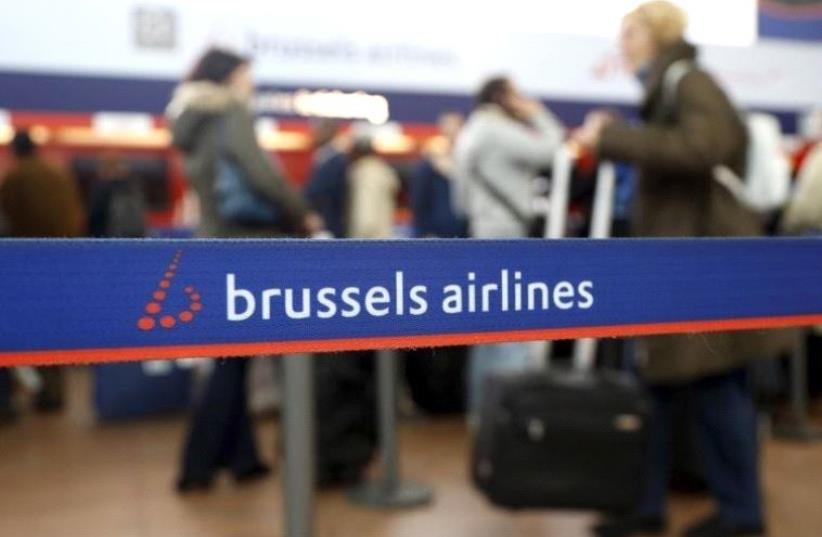 Brussels Airlines
(photo credit: REUTERS)
Advertisement
off the menu, after a disgruntled passenger alerted its staff that the vanilla- flavored Achva snack they were served for dessert was made in an Israeli settlement in the West Bank.Belgian media cited a pro-Palestinian group as saying that the national airline “had not been aware of the nature of the product and the violent and illegal institutions behind it.” The airline tweeted Wednesday that the presence of the offending item in the in-flight meal was due to a mistake by the supplier.“We have stopped serving that product on our flights as it was not what we had ordered,” the airline Tweeted in response to outraged pro-Israel activists. “We’re an airline, catering to a large international audience, it’s our responsibility to offer products that please all.”Activists have in turn called for a boycott of the airline. “Time to boycott the boycotters,” Israel advocacy group StandWithUs’s Israel education director Hen Mazzig posted on social media.The Kohelet Policy Forum also pointed out that the airline’s eighth-largest shareholder, the Dutch ING bank, provides banking services in Turkish-occupied northern Cyprus.The Achva company, which is based in Samaria’s Barkan Industrial Park, told The Jerusalem Post it had not yet had time to look into the matter and thus declined to comment.Tourism Minister Yariv Levin called the airline’s decision “unacceptable” and said it marks the airline with a “black flag of disgrace.”“Such a company has no place in the skies of the State of Israel, and its name should be deleted from the flight board at Ben-Gurion Airport,” he said. “Together with the wonderful industrialists operating in Judea, Samaria, the Jordan Valley and the Golan Heights, we will overcome all attempts to prevent us from exercising our right to build and create in our country.”Brussels Airline spokesman Kim Daenen, however, stressed that the move was not an act of boycott.Daenen told the Post the snack was part of the vegetarian option and is not served frequently, therefore the airline was only alerted to the mistaken order when a customer anonymously contacted the company to inform them where it came from.According to Daenen, when they went to check which product the customer was referring to, they discovered they had not ordered it.“We are a company, so we are politically neutral,” she said. “We are not boycotting any products. We have been flying to Tel Aviv for 13 years, and we offer many Israeli products.This discussion was never an issue before, and taking the halva off the menu wasn’t intentional or unintentional – it simply wasn’t what we ordered. We only removed it because we did not order it.”She emphasized that the airline values Tel Aviv as its only destination in the Middle East.