Hamas member convicted in Austria for planned attacks in Jerusalem

The convicted man used phone messages to encourage Palestinians to toss grenades at gatherings of people in Jerusalem. 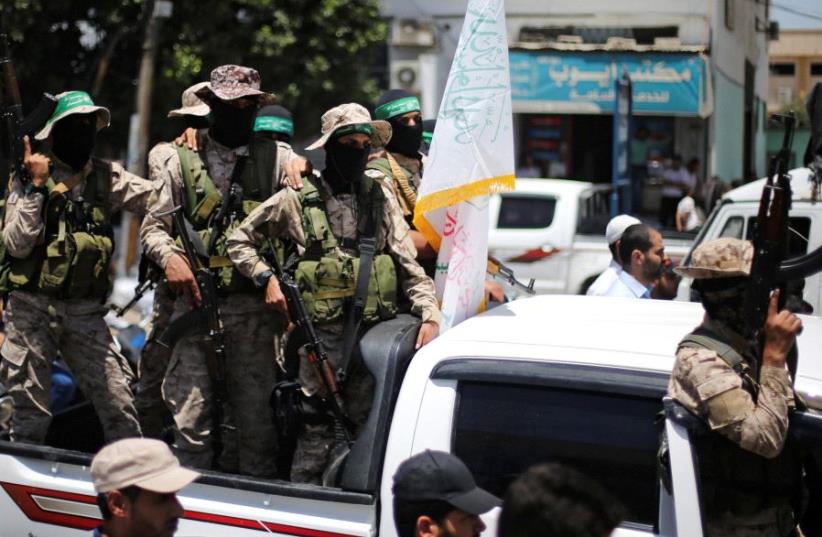 Hamas soldiers in Gaza
(photo credit: IBRAHEEM ABU MUSTAFA / REUTERS)
Advertisement
An Austrian court on Monday sentenced a Palestinian asylum- seeker to life in prison for organizing suicide attacks on Israelis in Jerusalem and for his membership in Hamas.The 27-year-old man – who could not be further identified under Austrian law – “was raised in the Gaza Strip and, according to the charges, a member of Hamas who called on men on social media to launch attacks in Jerusalem,” the Kurier daily reported.The defendant confirmed his membership in Hamas, an EU- and US-designated terrorist organization, at the trial in the city of Krems in Lower Austria state. He used phone messages to encourage Palestinians to throw grenades at gatherings of people in Jerusalem. He sought to murder Jews in Jerusalem, according to reports.The code word he used for hand grenades was “apples.”Explaining the severity of the sentence, the judge termed the convict’s criminal behavior as “perfidious.” She said the crime required a strong penalty to send a message to the Palestinian that his conduct was unacceptable.The Palestinian, who was arrested last year in an asylum center, plans to appeal.He served a nine-year sentence in Israel for violence against soldiers.