“I am ashamed of the mistakes I made with regards to people in general and women in particular." 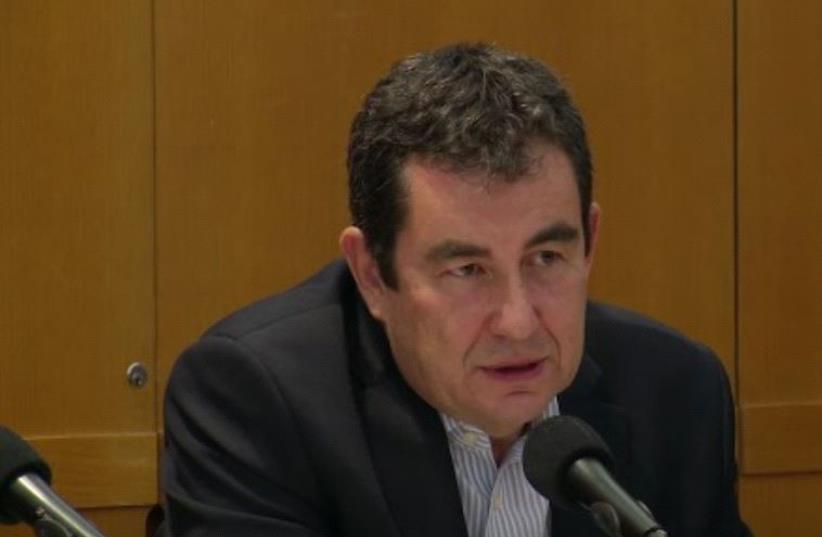 Ari Shavit
(photo credit: YOUTUBE SCREENSHOT)
Advertisement
HBO is not discussing the status of a documentary project based on a book by Ari Shavit, the Israeli journalist who in the past two weeks has been accused twice of sexual harassment.Asked by Variety whether the documentary project will go forward in the wake of the accusations, HBO declined to clarify. A representative for the cable network’s chairman, Richard Plepler, told Variety in an email that “there is nothing more to say at this time except that this project is in the post-production/editing stage.”HBO announced in 2014 that it was developing “My Promised Land,” a 2013 best-seller, as a documentary.The book, which carries a full title of “My Promised Land: The Triumph and Tragedy of Israel,” is part memoir and part a tracing of the history of Israel and the roots of the Israeli-Palestinian conflict.Shavit acknowledged that he was the unnamed Israeli journalist accused of sexual assault by a Jewish-American journalist Danielle Berrin in a column published Oct. 19 in the Jewish Journal of Los Angeles. Berrin had not not named Shavit, but her descriptions of the “accomplished journalist from Israel” who allegedly assaulted her led some to speculate that she was referring to the Haaretz columnist.Shavit on Sunday resigned from his positions at Haaretz and Channel 10 after a second unnamed woman formerly associated with J Street also leveled sexual harassment accusations against him.In a statement released Sunday, Shavit wrote: “I am ashamed of the mistakes I made with regards to people in general and women in particular. I am embarrassed that I did not behave correctly to my wife and children. I am embarrassed about the consequences of what I did."He said he would “devote more time to being with my wife and children, who are most valuable to me, and to make personal amends.”Meanwhile, critics of J Street criticized the group for not alerting other groups to Shavit’s alleged behavior. In addition, a group of academics and rabbis called the Committee on Ethics in Jewish Leadership also issued a statement criticized J Street for keeping quiet about Shavit.“We are deeply disappointed that J Street reportedly failed to alert any other Jewish groups about [Shavit’s] behavior,” the group wrote. “Keeping quiet is not the way to combat sexual harassment.”