“There are many organizations in the Jewish world now that are hungry for really talented, energetic leadership at the entry level or at the senior executive level,” Mimi Kravetz of Hillel said. 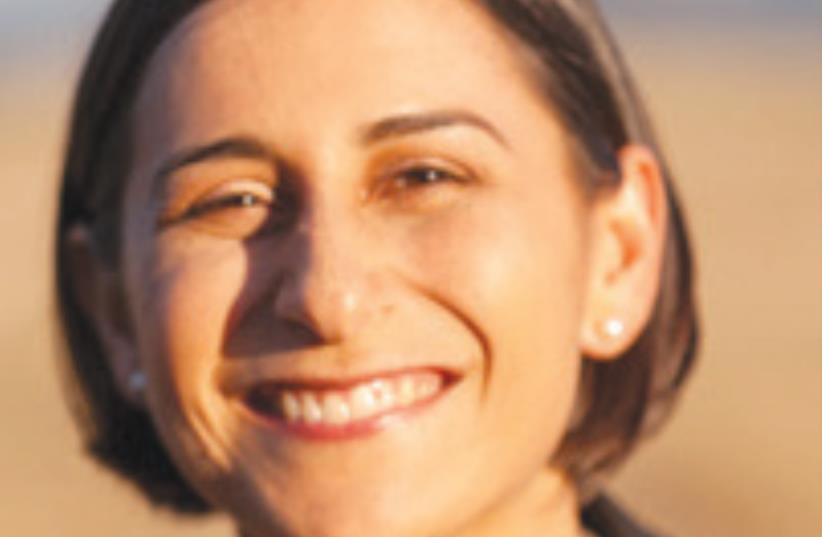 MIMI KRAVETZ
(photo credit: HILLEL)
Advertisement
NEW YORK – Hillel International is seeking to engage college graduates professionally within the Jewish community through its new Springboard Fellowship, it announced on Wednesday.The program, according to Hillel: The Foundation for Jewish Campus Life, aims to build a “talent pipeline” for nonprofit Jewish organizations by “attracting bright, talented young leaders and training them in critical, widely sought after skills while simultaneously steeping them in Jewish tradition and community.”Hillel’s chief talent officer Mimi Kravetz, who joined the organization last year after serving several years as a Google executive, told The Jerusalem Post that the idea of the fellowship is to “attract people who otherwise might not have chosen paths into the Jewish nonprofit world, to come into this sector.“There are many organizations in the Jewish world now that are hungry for really talented, energetic leadership at the entry level or at the senior executive level,” she explained.“In speaking to Hillel leaders and Jewish professionals across the country I noticed that the skills their organizations urgently needed – innovation, design thinking, digital strategy and social media – were the exact skills young people want and need to thrive in today’s marketplace.”The Springboard Fellowship, which looks to serve 500 fellows in its first five years, comes as part of Hillel International’s Drive to Excellence efforts to recruit and maintain talented youth, which they say is “essential to increasing Hillel’s levels of student engagement on college campuses.”It is to begin in the fall of 2016 with a pilot year including 20 fellows dispatched on 20 campuses that are soon to be selected. The initial participants choose between specialty areas in innovation and social media.Selected students go through three week’s of intensive training in three key areas: Jewish inspiration and fluency, designed to spark students’ enthusiasm about Judaism; specialty learning, where the students are trained in their area of focus; and a general professional skills development course. Over the rest of the program, participants are assigned a mentor to implement their learning into their work.This way, Hillel International hopes to build a pool of young talent that has both Jewish knowledge and the skills that Jewish organizations need.According to Kravetz, Hillel is uniquely positioned to feed the “talent pipeline” for the Jewish world because the organization sits on college campuses at the moment when students are choosing their career path.“We are trying to attract graduating seniors today who have demonstrated interest and aptitude in these specialty areas,” she told the Post.“It can be people who have demonstrated interested in innovation by starting a new student group, or demonstrated an interest in social media by having an active blog, for example.”The Springboard Fellowship seeks to build on the Steinhardt Jewish Campus Service Corps Fellowship, which Hillel ran from 1994 to 2008 after recognizing that a large part of the of the Jewish communities on campuses were not engaged in Hillel programming. This program trained young Jewish leaders to build inclusive and diverse communities through Hillel.Fellowship participants, who are promised competitive salaries and unique opportunities for innovative and entrepreneurial thinking, are jointly funded by Hillel International and by the local Hillel campuses that they serve.The fellowship launch is made possible in large part by a generous gift from the Pittsburgh- based Beacon and Shapira Foundation.