The resolution would have the House affirm “that the Israeli-American community has contributed immensely to American society and culture.” 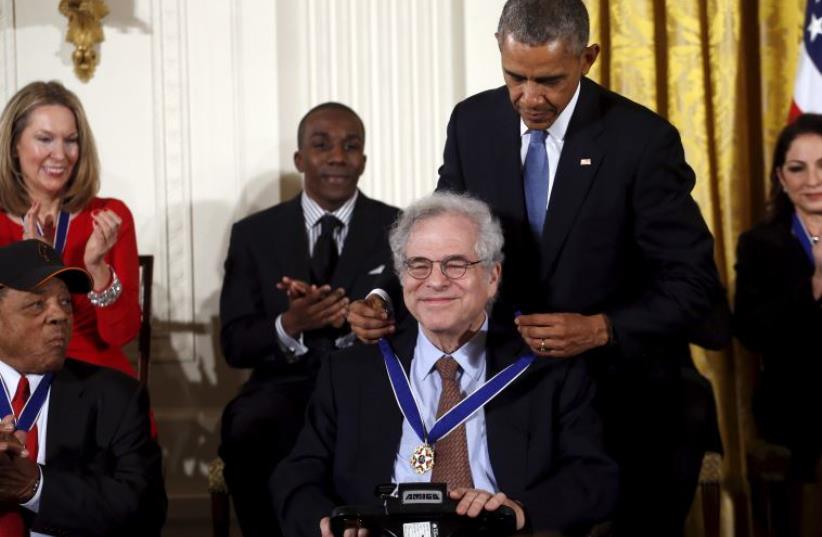 US President Barack Obama presents the Presidential Medal of Freedom to violinist Itzhak Perlman during an event in the East Room of the White House in Washington
(photo credit: REUTERS)
Advertisement
WASHINGTON – Two congressmen introduced a resolution on Wednesday that would highlight the contribution of Israeli-Americans to US society.The Israeli-American Council pioneered the resolution in its first solo legislative venture with members of Congress. Representatives Lee Zeldin (R-New York) and Grace Meng (D-New York) introduced the measure.
Praising Israeli-American contributions in hi-tech, biotech, cyber-security and water technology, the resolution would have the House affirm “that the Israeli-American community has contributed immensely to American society and culture.”
Natalie Portman explains Hebrew slang
The IAC is a relatively new Israeli-American organization based in Los Angeles, founded in 2007, with ambitions to expand influence in Washington.“"The Israeli-American Coalition for Action is grateful to Representatives Zeldin and Meng for leading this important effort in Congress to recognize the Israeli-American community’s unique and wide-ranging contributions to the United States,” said IAC CEO Shoham Nicolet. “From hi-tech to Hollywood, from agriculture to clean energy, Israeli-Americans are making their mark in the US to strengthen our country’s security, economy and future.