Jewish dating app JSwipe seeks support in lawsuit over name and patent, but JDate says "this is not just about the J." 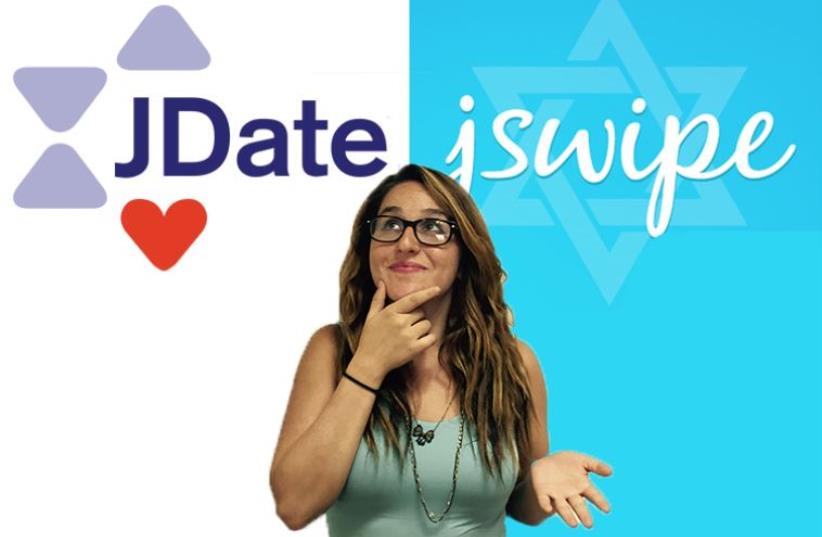 JDate vs JSwipe
(photo credit: JDATE, JSWIPE, JPOST STAFF)
Advertisement
While the "Jewish Tinder" dating app usually requires its users to swipe for love,  it's now calling on its supporters to click for survival. JSwipe needs help in its battle against a lawsuit filed against it by veteran Jewish dating agency JDate.Putting out a call for financial aid through a crowd funding campaign which is fast-approaching its deadline, JSwipe wrote on its Facebook account: "JDate is suing us over the letter J! Support our fight for free love and help keep JSwipe alive!" JSwipe has branded the lawsuit by the 18-year-old online dating service a "David versus Goliath battle," a description shot down by JDate. According to JSwipe CEO David Yarus, JDate has dropped by half on the stock exchange since JSwipe came on the scene. The owner of the young, user-friendly and popular app, which has 410,000 users in 70 different countries, believes JSwipe is being targeted by what he brands an "outdated organization" simply because it exists. "In short, we're being sued for using the letter J, which stands for Jewish community, and for a patent which broadly explains matching people through technology," he tells The Jerusalem Post. "Our case is not about the letter J," counters Michael Egan, CEO of J-Date owner Spark Networks. Since the lawsuit has made headlines, JDate has been mocked for singling out JSwipe amid a sea of other companies that begin with the letter J. But the company insists the lawsuit is more complex than has been portrayed, and refutes claims that it is an attempt to stifle market competition. "Our case against JSwipe is about their infringement on our technology and their attempt to build a business on the back of the JDate trademark," asserts Egan. "From a trademark perspective, it is not about just the “J”.  Today, “swiping” and “dating” mean the same thing. Their choice of name has diluted the JDate brand and confused the Jewish community into believing that they were a part of our organization."He also hit back at allegations that the company is targeting JSwipe for utilizing technology used by most dating apps. "We invented technology that is at the core of the JSwipe product and which other major dating businesses have licensed from us," he says, stressing that JSwipe has not done so. "As such it is our responsibility to protect it from copycats and confusion. The time, energy and investment we have made into building JDate and its patented technology is massive and we have to protect that." With only four days left in its crowdfunding campaign, JSwipe is way off its target, having garnered 19,252 in 26 days - just 11 percent of its goal. But Yarus says it is equally important that the campaign spread awareness across the Jewish community about what is going on, as it is to raise funds. He adds that the company might have to "get creative" in order to see the lawsuit through. Yarus says the invention of JSwipe was intuitive to any Jew looking for love on Tinder. While he certainly wasn't the first to attempt this type of app, he believes the clean, crisp appearance of JSwipe contributed much to its success. "Every week there is another great story of people who found love, got engaged and are thankful for the app," he says, recounting that a guy and girl were swiping globally from England to the US, and recently got engaged. "I love connecting the global Jewish community around Jewish love," he states.Equally, Egan states that JDate would "much rather be focusing on our mission to strengthen the Jewish community through marriage, but as a company, we have to protect our intellectual property."May the best J win.