Harvey was the wettest hurricane ever to make landfall in the US, and was one of the costliest storms the nation has ever endured.

A box packaged by the Embassy of Israel in Washington following Hurricane Harvey
(photo credit: EMBASSY OF ISRAEL)
Advertisement
WASHINGTON – While experiencing a power outage themselves on Tuesday, Israeli Embassy officials in Washington packed up aid for victims of Hurricane Harvey in Texas, where catastrophic flooding left 300,000 people without electricity and 30,000 displaced from their homes.The embassy maxed out purchasing cleaning products and packing materials at Costco after asking IsraAid, an Israel- based disaster relief organization, what Texans need most.“We arranged for a large shipment of aid weighing several tons,” said Itai Bardov, spokesman for the embassy who helped pack the truck.“The message to the people of Texas is that Israel stands with you.”The embassy partnered with ‘Movers 495,’ an American-Israeli co-owned moving company, to make the shipment, with support from the Foreign Ministry. 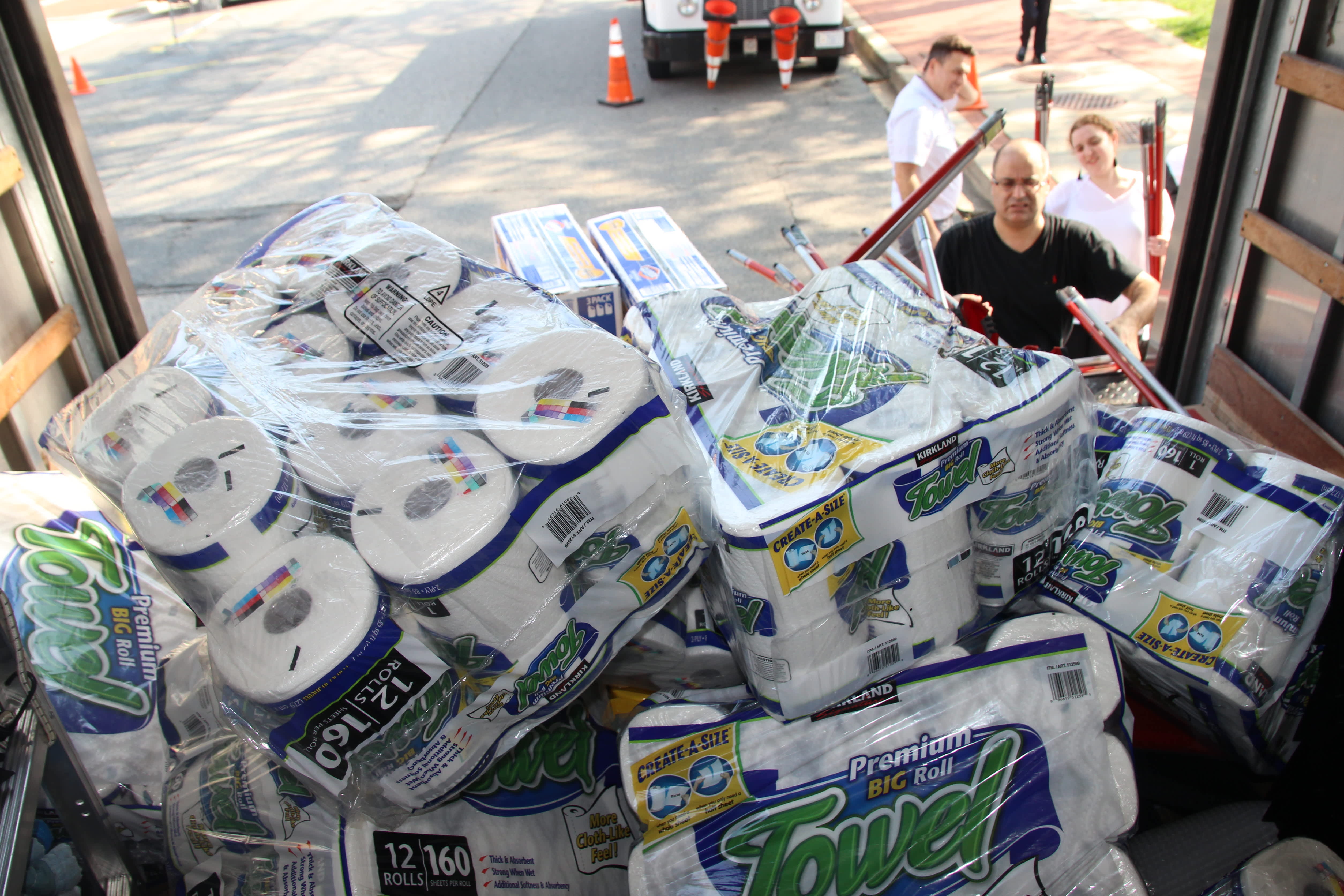 Aid packaged by the Embassy of Israel in Washington following Hurricane Harvey (Embassy of Israel)
The Houston consulate will continue to distribute aid from the city itself, Bardov said.Harvey was the wettest hurricane ever to make landfall in the US and was one of the costliest storms the nation has ever endured. Reconstruction of Houston and the surrounding area will take several years.And just as Congress prepares to debate a recovery package for Harvey, a new storm named Irma – the strongest recorded in the Atlantic Ocean in decades – is tracking toward Florida.Meanwhile, the Diaspora Affairs Ministry last week pledged $1 million to Houston’s Jewish community. The money will go to rebuilding the city’s synagogues, schools and community centers damaged by the historic flood.“The Jewish state is measured by its response when our brothers around the world are in crisis,” Diaspora Affairs Minister Naftali Bennett said in a statement released last week.