The effort to bring 130 sheep to the Golan Heights from Canada has been inching along for nearly a year, with the reintroduction of the breed stymied by red tape between the two countries. 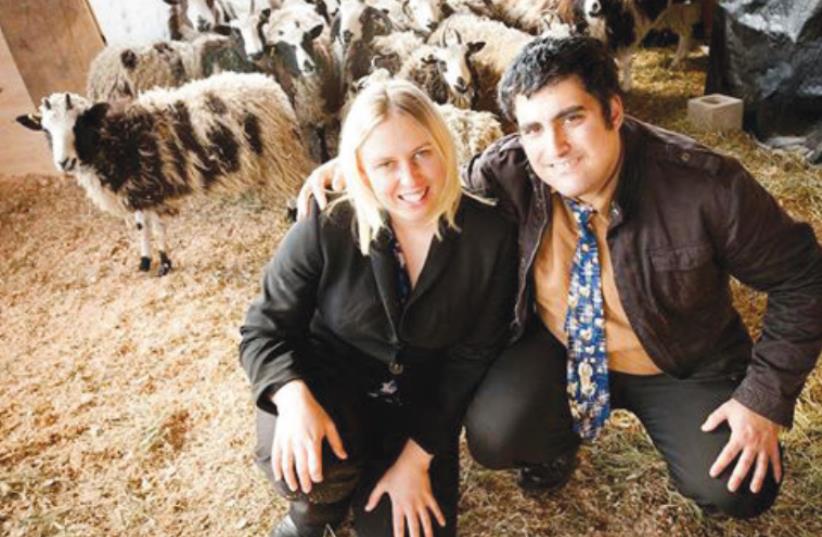 GIL AND Jenna Lewinsky and their biblical sheep.
(photo credit: Courtesy)
Advertisement
TORONTO – A breed of sheep believed to have been raised by the patriarch Jacob may soon be brought to its biblical homeland after an Israeli couple gathered a herd in Canada and brokered a bureaucratic detente to import the animals.The effort to bring 130 sheep to the Golan Heights from Canada has been inching along for nearly a year, said Jenna and Gil Lewinsky, with the reintroduction of the breed stymied by red tape between the two countries.The couple, based near Vancouver, said the project was initially opposed by Israel’s Agriculture Ministry because Canada was not on a list of approved sheep importers.But the embassy in Ottawa facilitated a dialogue between the couple and the ministry and sent along “strong recommendations,” embassy spokesman Eitan Weiss said.“And the ambassador visited Israel. He met some people with the Agriculture Ministry and issued a letter,” Weiss said. “The idea was very, very nice, and of course we said, ‘Let’s push it.’” Jacob had received a flock of a speckled and spotted breed as wages. The couple said the sheep have since gone extinct in Israel.Late last year, the Agriculture Ministry changed its stance, and on Monday said it has contacted its Canadian counterpart as part of the import process, Jenna Lewinsky said.She said Israeli Ambassador Rafael Barak walked in on the birth of a lamb when he visited her family’s farm in Abbotsford, British Columbia, east of Vancouver. The couple had started raising the sheep after receiving a few as a gift from a heritage farm.“It should be the national animal of the Jewish people,” Jenna Lewinsky said. “It would be a very important and historic moment when the sheep return after basically 2,000 years.”The couple said the sheep are expected to reach Israel this year, subject to passing medical tests, and will be used for educational and heritage purposes.