It’s time to speak out for China’s beleaguered Jews

Located along the southern banks of the Yellow River some 600 km. southwest of Beijing, Kaifeng has been home to Jews since at least the 7th or 8th century CE, and possibly earlier.

Later this month, Jews around the world will gather to celebrate the festival of Hanukkah in places as far afield as Tehran, Toronto and Tokyo.

Continuing a tradition dating back to the Second Temple period, they will kindle lights for eight nights, recalling the miracles of old and seeking to inspire a new generation to carry the torch of Jewish identity into the future.

But there is one small community that will be unable to mark the festival this year, a tiny, beleaguered group whose most basic rights are inexplicably being repressed: the few hundred remaining Chinese Jews of Kaifeng, China.

And in the spirit of our Hasmonean forbears, who bravely hoisted the banner of Jewish solidarity and identity, it is incumbent upon us to raise our voices in protest and speak out on their behalf.

Located along the southern banks of the Yellow River some 600 km. southwest of Beijing, Kaifeng has been home to Jews since at least the 7th or 8th century CE, and possibly earlier. 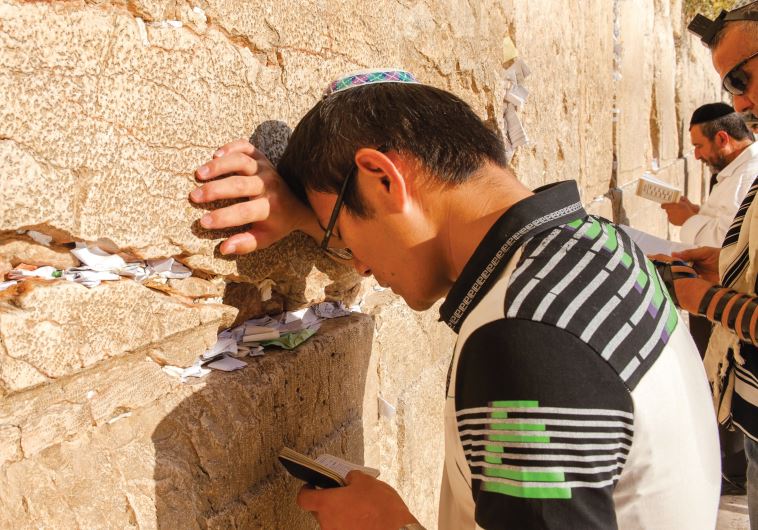 The first Jews to settle there were Sephardim from Persia or Iraq who traveled along the Silk Road and received the Chinese emperor’s blessing to reside in the city, which was one of China’s ancient capitals.

The Jewish community prospered in Kaifeng, where they found a welcoming environment of tolerance and acceptance, in sharp contrast to the typical Diaspora Jewish experience.

In 1163, Kaifeng’s Jews built a large and beautiful synagogue, which was subsequently renovated and rebuilt down through the centuries. A model of it is on display at Tel Aviv’s Museum of the Jewish People.

But as Jews began to attain greater prominence in society by the 17th century, with some reaching high ranks in the Chinese civil service, a process of assimilation and intermarriage set in, wreaking a heavy toll on the community.

Consequently, by the mid-1800s, the Chinese Jews’ knowledge and practice of Judaism had largely faded away. The last rabbi of the community is believed to have died in the early part of the 19th century, and the synagogue that had proudly stood in Kaifeng for seven centuries was destroyed by a series of floods that struck the city in the 1840s and thereafter.

Nevertheless, against all odds, Kaifeng’s Jews struggled to preserve their sense of Jewishness, passing down whatever little they knew to their progeny.

Nowadays, in this city of over 4.5 million, there are still several hundred people – perhaps a thousand at most – who are identifiable via family trees as descendants of the Jewish community.

AFTER A brief flowering of communal identity in the early 2000s, Kaifeng’s Jews were suddenly hit with unprecedented repression starting in 2014. During the Passover holiday, local authorities raided a Jewish center in Kaifeng that was operated by Shavei Israel, the organization I chair and forced it to close.

In subsequent years, additional measures were taken with Kaifeng’s Jews being prohibited from gathering on the Sabbath and festivals. Many were even forced to take down the mezuzot on the doorposts of their homes.

And as the UK Daily Telegraph reported in December 2020, Kaifeng’s authorities have undertaken a systematic campaign to erase any physical trace of the Jewish community’s historical presence in the city.

Museum exhibits in Kaifeng which once touted its Jewish history have been closed, the remains of the synagogue have been removed and the site of the ancient mikveh (ritual bath), located at a municipal hospital, has been shuttered.

Since Jews are not an officially recognized minority group in China and Judaism is not accorded the status of an official religion, the question of Kaifeng Jewry’s status is a sensitive one for the Communist regime, which views them as full-fledged Han Chinese.

Nonetheless, it should be clear that in a country of over 1.4 billion people, a few hundred Jewish descendants in Kaifeng hardly pose a threat to China’s social or political order.

And yet, despite the close ties that have developed between Israel and China, the Jewish state has done virtually nothing to protest the treatment of Kaifeng’s Jews. As far as is known, the Israeli embassy in Beijing does not reach out to the community nor does it seek to plead their cause with the Chinese regime.

And the same holds true for the American Jewish leadership, which has remained deafeningly silent over the years.

This cannot be allowed to continue. We cannot and must not abandon the Kaifeng Jews or sacrifice them on the altar of Chinese economic power.

Many of them are doing the best they can under very difficult circumstances to reconnect with their Jewish heritage. But under the watchful eyes of the Communists, who monitor their activities and intimidate them, Kaifeng’s Jews and their history are slowly and inexorably being snuffed out.

In its discussion of Hanukkah, the Talmud in Tractate Shabbat 21b says that the mitzvah is to place the lights, “at the entrance to one’s house outside,” but it also states that, “in times of danger, one lights inside and that is sufficient.”

Sadly, unless the State of Israel and world Jewry speak up with a loud and clear voice and protest the treatment of Kaifeng’s Jews, they will be forced to kindle the Hanukkah candles behind shrouded curtains and locked doors, for they are truly living in “times of danger.”

The writer is the founder and chairman of Shavei Israel (www.shavei.org), which assists lost tribes and hidden Jewish communities to return to the Jewish people.