Jewish life in Europe before the deluge 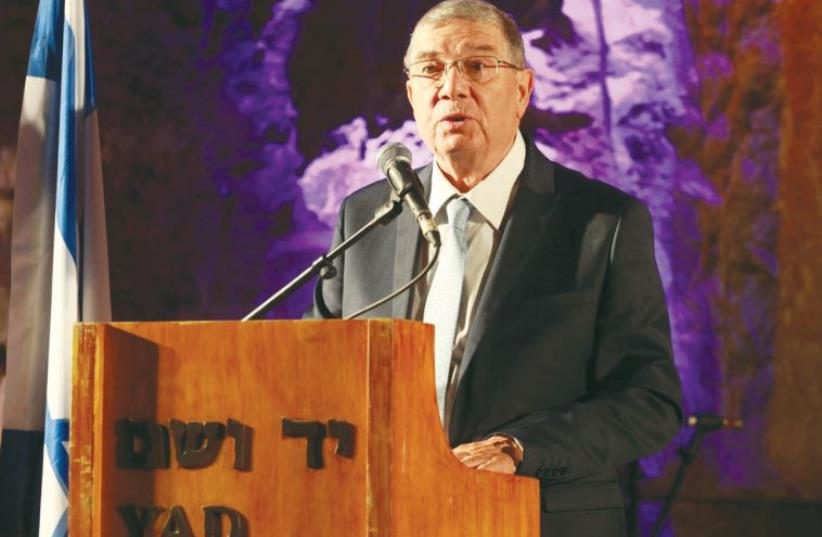 AVNER SHALEV, chairman of the Yad Vashem Directorate, speaks at the Yad Vashem International Leadership Mission closing event.
(photo credit: Courtesy)
Advertisement
The Yad Vashem International Leadership Mission explored prewar Jewish life in Europe, before journeying to Israel this week where participants were given an in-depth look into the Holocaust Memorial’s work.The mission, the second of its kind, began last week, bringing together some 50 people of all ages from the United States, France, Spain, Canada, Australia, Mexico, Germany and Britain.In Poland, they visited the Wroclaw Jewish community, the Wolfsberg Forced Labor Camp, the Auschwitz-Birkenau Memorial State Museum and the city of Krakow. They spent Shabbat in Krakow with Rabbi Yisrael Meir Lau, who is chairman of Yad Vashem’s council and chief rabbi of Tel Aviv.In Israel, they were greeted by President Reuven Rivlin.A central theme of the weeklong mission was reflecting on the past in order to influence the future. At the closing ceremony held at Yad Vashem’s Valley of the Communities, Education Minister Naftali Bennett said that the fate of the Jewish people rests with the younger generation, and that “Yad Vashem is shaping the future of Holocaust remembrance.”Yad Vashem Chairman Avner Shalev also directed his remarks at the mission’s younger participants, lauding them for taking initiative and showing interest in Holocaust remembrance and education. “Yad Vashem is committed to a future in which Holocaust remembrance remains relevant and the continuation of meaningful commemoration of the Holocaust is guaranteed for generations to come – and you are that future,” he told them.Mark Moskowitz, a second-generation Holocaust survivor from the US, also spoke. He recalled a tradition his parents used to observe, one that he continues to this day – spending Holocaust Remembrance Day at the memorial site in the capital. “Yad Vashem is determined to document the identity and restore the humanity of each of the victims and survivors, by connecting fragments of information from its unrivaled repositories of documents, photographs, artifacts and testimonies,” he said.The closing event also featured performances by Israeli singers Nathan Dattner and Roni Dalumi, as well as famed cantor and stage performer Dudu Fisher and the Shmuel Gogol Children’s Harmonica Orchestra.