Alexis Arquette, the Jewish actress who raised awareness for the transgender community died at 47. 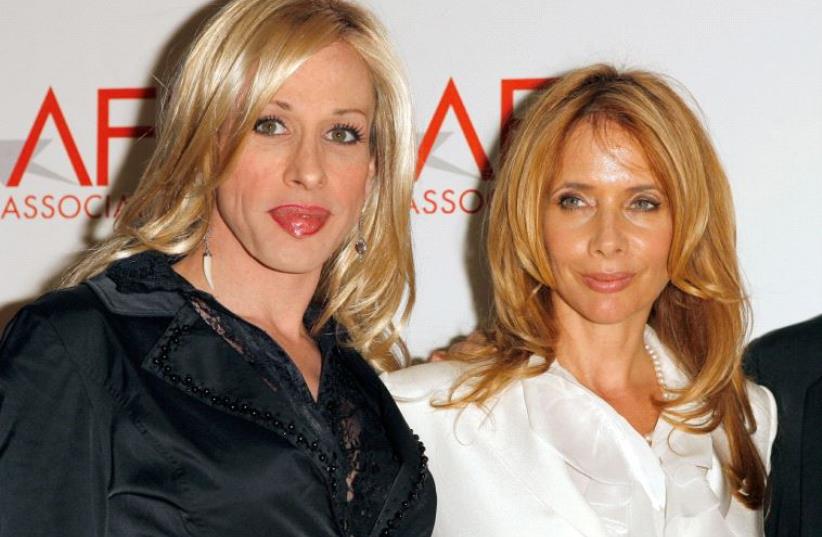 Siblings Alexis Arquette (L) and Rosanna Arquette pose for photographers as they arrive to attend the sixth annual American Film Institute Associates' Platinum Circle Award ceremony to honor members of the Arquette family in Los Angeles, California May 10, 2006.
(photo credit: LUCAS JACKSON/REUTERS)
Advertisement
Transgender actress Alexis Arquette, who worked to raise awareness about the transgender community, has died.Arquette, the sister of actors David, Rosanna, Richmond and Patricia Arquette, died Sunday. She was 47. A cause was not given in a statement put out by her siblings, but it said she died as her family serenaded her with David Bowie’s “Starman.”Arquette gained fame after playing a transvestite sex worker in the 1989 film adaptation of the novel “Last Exit to Brooklyn.”She documented her gender transition and sex reassignment surgery in the 2007 film “Alexis Arquette: She’s My Brother.”Arquette also had roles in “Pulp Fiction,” “Bride of Chucky” and “The Wedding Singer,” and performed in nightclubs and cabarets.Her siblings praised Arquette’s commitment to raising awareness about transgender individuals.“Despite the fact that there are few parts for trans actors, she refused to play roles that were demeaning or stereotypical,” their statement said. “She was a vanguard in the fight for understanding and acceptance for all trans people.”The Los Angeles native was born to a Jewish mother, actress Brenda Denaut, and a Catholic father who later converted to Islam, actor Lewis Arquette. She launched her acting career early, starring in the music video for The Tubes’ rock hit “She’s a Beauty” as a 12-year-old.