“Murderers could not kill our memory. We are back because our memory is stronger than their bullets." 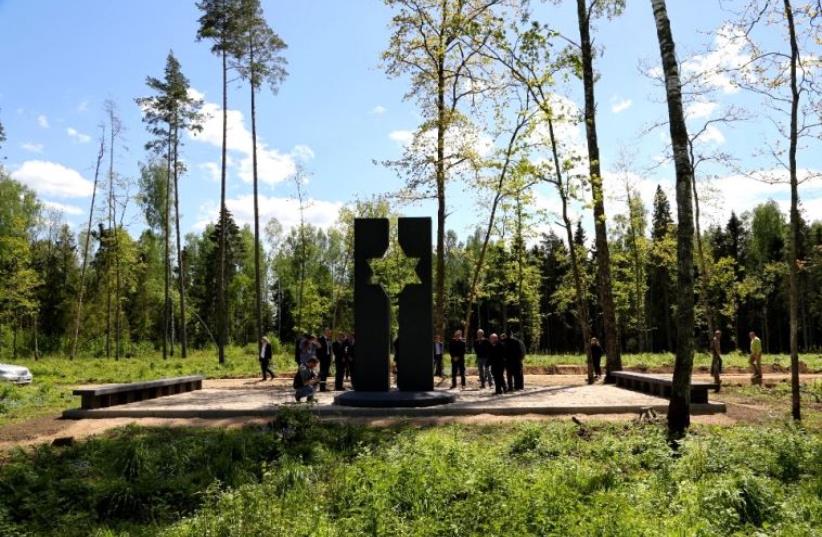 The Jewish cemetery of Šeduva, a Lithuanian town once home to a majority of Jews
(photo credit: Courtesy)
Advertisement
The Jewish cemetery of Šeduva, a Lithuanian town once home to a majority of Jews, was rededicated in a ceremony on Monday after two years of restoration work.Over 400 tombstones have been identified, and “more than 1,300 have been either painstakingly restored or preserved in a tribute to the lives of the thousands of Jews that once comprised the majority of this Lithuanian shtetl,” according to organizers.Aside from the restoration of the cemetery, three monuments have been erected at nearby sites where the Nazis and local collaborators murdered the town’s Jews, said Sergey Kanovich, who spearheaded the effort.“Murderers could not kill our memory,” he said. “We are back because our memory is stronger than their bullets. And memory will always prevail.”He added that “our first and primary aim is to memorialize the lives and deaths of Šeduva Jews. But what happened here was no different from what happened throughout Lithuania – once home to more than 200,000 Litvaks, as the Jews of the historic Grand Duchy of Lithuania were called. It is time Lithuania rediscovered the rich past and culture of its Litvaks. It is time to comprehend Jewish heritage as more than a problem. It is an asset and an inseparable part of the history of Lithuania.”Lithuania is frequently the subject of criticism among Jewish groups over allegations of Holocaust revisionism. It was one of the signatories of the 2008 Prague Declaration, a document that the Simon Wiesenthal Center’s Dr. Efraim Zuroff described as the “manifesto of the Holocaust distortion movement.”The declaration demanded reworking European textbooks to promote its narrative and to establish a day of mourning to commemorate all of the victims of totalitarian regimes.