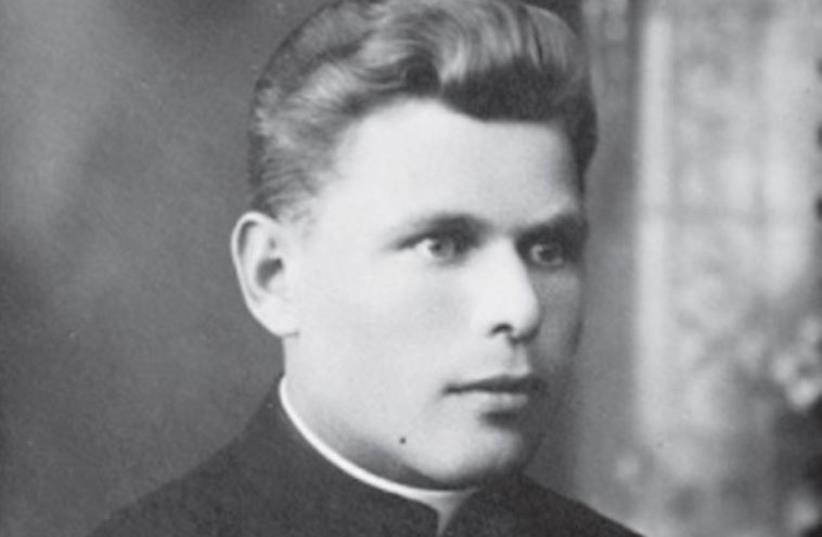 JONAS ZVINYS
(photo credit: KAISIADORIU ENCIKLOPEDIJA)
Advertisement
Jewish organizations and Holocaust historians have long complained that many countries of the former Soviet Union have failed to come to terms with the complicity of many of their leading nationalist figures.Nowhere does this hold more true than Lithuania, which has been a frequent target of Jewish outrage since the fall of Communism.In the latest scrap over historical memory, the small town of Moletai has come under fire for its announcement that it intends to name a street after Jonas Zvinys, a local priest accused of organizing a gang that murdered the city’s Jews in 1941.Lithuanian writer Ruta Vanagaite launched an investigation into Zvinys at the behest of Simon Wiesenthal Center Nazi hunter Dr. Efraim Zuroff, with whom she recently co-authored a book on Lithuanians and the Holocaust.Speaking with The Jerusalem Post from Vilnius on Thursday, Vanagaite said that after searching through KGB archives she discovered that the priest indeed set up the gang in question, one of whose leaders was his own brother, who would later confess to his role in the massacre.At Vanagaite’s urging, local news portal delfi.it investigated the matter as well, discovering that Zvinys had been awarded a colonelcy in 2002 by the office of the president at the behest of the country’s state-sponsored Study of the Genocide and Resistance of the Residents of Lithuania.Delfi asked the center about Zvinys and was referred to the president’s office and the Moletai municipality, with the local mayor, who is related to Zvinys, asking why there should be a problem in honoring him if he was already feted by the government.“They were all throwing the ball to each other and no one wants to investigate without somebody else asking for it,” Vanagaite said. “I think it’s good because it shows that the whole system doesn’t work because there is nobody who takes responsibility to investigate without anybody asking for it and nobody asks for it.The media exposure that this case has generated may serve as a deterrent to other towns interested in glorifying Holocaust collaborators, she said.The Zvinys case reflects a “much wider problem,” said Zuroff.The failure to properly investigate the activities during the Holocaust of numerous postwar heroes of the anti-Soviet resistance in Lithuania has enabled the glorification of individuals who played a direct role in the mass murder of Lithuanian Jewry, and whose crimes during the Shoah should have automatically disqualified them from receiving state honors, he said.“This very problematic situation calls for a review of those cases of persons who are alleged to have participated in the murder of Jews and if these accusations are confirmed, to cancel whatever official state recognition and honors they received.Such an investigation, if properly conducted, would be a critical step in helping Lithuania finally honestly face its Holocaust past.”Earlier this month, the Lithuanian Jewish Community demanded that the government publicly disclose its list of citizens who collaborated with the Nazis during World War II.Information regarding the document, which records more than 2,000 Lithuanians “alleged to have committed or contributed to the murder of Jews during World War II” must be published, along with a detailed breakdown of the government’s subsequent actions toward the accused, demanded Faina Kukliansky, the president of the organized community, in an open letter to the country’s prosecutor-general and the Study of the Genocide and Resistance of the Residents of Lithuania last Thursday.