Moshe Safdie continues to build the country he loves

Safdie: The country must continue to prioritize advancing its infrastructure and develop more popular tourist sites. 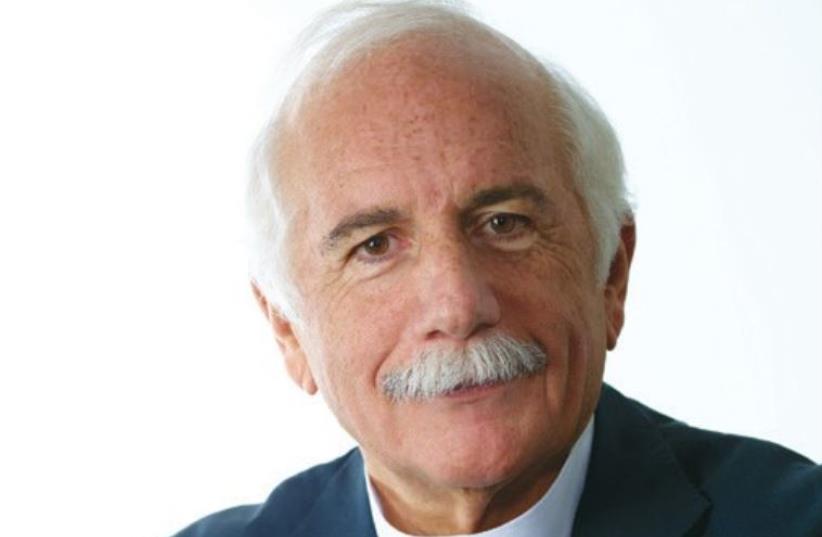 MOSHE SAFDIE
(photo credit: STEPHEN KELLY)
Advertisement
Israeli-born architect Moshe Safdie’s portfolio is as versatile as it is impressive.A self-described modernist, Safdie’s work includes cultural, educational and civic institutions, as well as neighborhoods, public parks, resorts, urban centers and airports spanning Israel, Canada, China, India and the US.In Israel alone, he designed Yad Vashem, the city plan for Modi’in, the Yitzhak Rabin Center, and the Mamilla Alrov Avenue, which includes the upscale Mamilla Mall and Mamilla Hotel. He has also helped restore large segments of the Old City.Safdie, who has held teaching positions at Harvard, Yale and McGill, leads an international architectural and urban-planning practice headquartered in Boston, with offices in Jerusalem, Toronto, Singapore and Shanghai.Still, he maintains a particularly close relationship with Israel.On Tuesday, while here for a five-day visit, the world-renowned architect, author, educator and theorist – who last year won the AIA’s Gold Metal, architecture’s most prestigious award – spoke with The Jerusalem Post about three major projects he is spearheading in the country.They include building the National Campus for Archeology of Israel, a far-reaching resort and tourism center on the shores of the Dead Sea,and enlarging Terminal 3 at Ben-Gurion Airport.After breaking ground next to the Israel Museum nearly eight years ago to build the Israel Antiquities Authority’s National Campus for Archeology, Safdie said the $70 million complex is rapidly nearing completion.“The project is very exciting,” he said. “It’s a campus to accommodate all the facilities of the Antiquities Authority.“It’s a very large building and includes the national vault for all the archeological finds, which will consolidate all the storage that the IAA has across the country.”After its completion in approximately a year, Safdie said the authority’s main office in east Jerusalem’s Rockefeller Museum, as well as its many laboratories scattered throughout the country, will be moved into the complex.“It will have a major library, galleries to show finds from recent excavations that will be open to the public, and the public will be able to visit the labs to see the work that is being done,” he said.“We have a special roof that will allow the public to stroll through the upper levels of the labs and the national storage vault,” he added.Safdie said the campus will partially open in October, with the remaining areas opening roughly six months later.In the meantime, he is also overseeing a far-reaching master plan for a new tourist area south of the Dead Sea’s current hotel complex.According to Safdie, the complex – which broke ground four years ago, and will likely take over 20 years to complete – will eventually feature 24 hotels with approximately 3,000 rooms.“This will provide a new kind of tourist facility,” he said.“Many of [the hotels] will have a village style, and some of them will be built on piers in the water itself.”Safdie added that the area will include a beach promenade running the entire length of the complex, a conference center and a commercial center.“It’s a master plan being done by a development agency that will be marketed to the private sector,” he said.“We’re determining the kind of tourism, the quality of the hotels, the urban design and the landscape – all of which will be done by a government-development company as an incentive for investors to come and build those hotels.”As for Ben-Gurion Airport, Safdie said that within two years the project, which is already one year into construction, will add eight gates.“The airport was built modularly so it could be expanded, and we have built three out of five [central areas] there, leaving space for two more piers that would almost double the capacity,” he said. “This project will alleviate great pressure at the airport.”Additionally, after recently procuring a $15m. infusion of funding to complete a longstalled project at Hebrew Union College in Jerusalem, Safdie said next week there will be a groundbreaking there to create a new entrance, facilities, a piazza and gardens.In terms of Israel’s potential for ongoing architectural growth and development to spur tourism, Safdie said that while its geopolitical challenges present major obstacles, he remains optimistic.“On the one hand, we have extraordinary things to offer – history, pilgrimage and the Dead Sea, which is world known and has become a brand,” he said.“On the other hand, our hotels are expensive, labor is expensive, and we’re competing with countries – whether it’s Turkey or Greece – with tourist facilities that are cheaper.“And we have to deal with the issue of the politics of the region, which affects tourism. So, it’s not a simple thing, and anybody who underestimates the difficulty is going to miss the boat.”To overcome these challenges, Safdie said the country must continue to prioritize advancing its infrastructure and develop more popular tourist sites.“At the same time we need to work at the service that is provided, and at the prices of those services, because in the end, it’s a competitive world,” he said.For now, Safdie, who was born and raised in Haifa before moving to Canada with his family at age 15, said his love for the country continues to propel him to help develop it, despite the many obstacles.“Let me put it this way, I would not put up with the great difficulties it takes to realize a project in Israel unless I had much love for the country and commitment to it,” he said.“That is why I came back here when I was 30 and set up an office in Jerusalem.”