Holocaust historian Dr. Efraim Zuroff slams use of the Seventh Fort heritage site for such activities as "disgraceful." 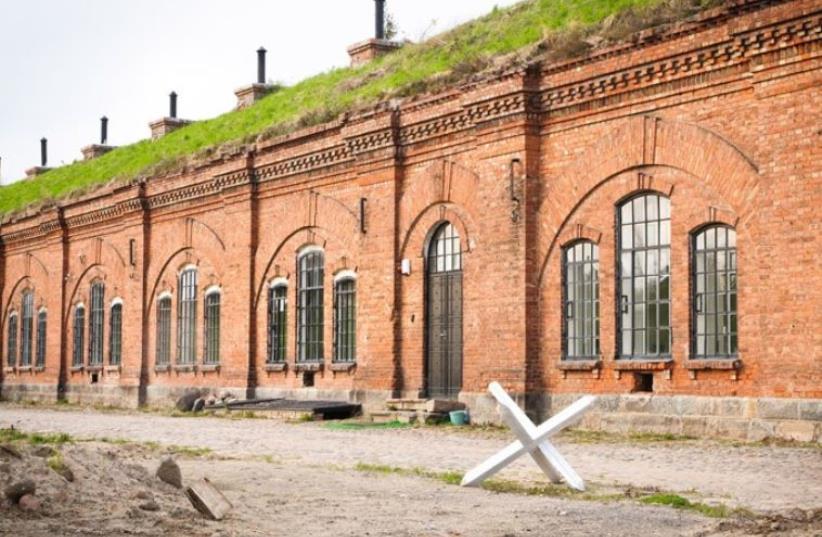 Seventh Fort in Kaunas, Lithuania
(photo credit: WIKIMEDIA COMMONS/KAUNOFORTAS)
Advertisement
The Simon Wiesenthal Center has called on the mayor of Kaunas, Lithuania, to put an immediate end to recreational activities held at a former concentration camp at the Seventh Fort heritage site.The letter comes following JTA’s report that the site is used as a wedding venue, in addition to the services offered on the Seventh Fort website which include children’s parties and camps, military themed birthday parties, and themed parties for adults.In a letter on Tuesday addressed to Kaunas (formerly Kovno) Mayor Visvaldas Matijosaitis, the Wiesenthal Center’s director for Eastern European Affairs, Dr. Efraim Zuroff, slammed the use of the site for such activities as “disgraceful.”“As you no doubt are aware, the site of the mass murder of several thousand Jews in 1941 was privatized several years ago, and has now been turned into a recreation and entertainment center which violates the memory of the victims,” Zuroff wrote.Critics say this reality is a byproduct of Lithuania’s failure to confront the country’s dark history during the genocide.“This sad situation was revealed already several months ago in Musiskiai, the book Ruta Vanagaite and I wrote about the subject of Holocaust memory and commemoration in Lithuania,” Zuroff stated.He urged the mayor to immediately suspend the above-mentioned activities, and to find a way to restore the site to the municipality or to an organization “whose purpose will be to honor the memory of the victims, rather than insult them.”Zuroff expressed his outrage to The Jerusalem Post: “How do you privatize a mass-murder site?” he asked, adding that if one does so, they have an obligation to ensure it is not misused.The remains of 5,000 murdered Jews are buried at the Seventh Fort in mass graves that are marked by a few poles and rocks. Relatives sometimes light candles in memory of the dead.The Military Heritage Center’s website tells of the area’s Holocaust-era significance, and offers, for a fee, tours of the former killing site alongside a general tour about the fort’s military history. It also has a military history museum, but does not have a permanent exhibit about the Holocaust.The revelation of the various uses of the site sparked widespread outrage, and Zuroff released a call on social media to join him in protesting the situation by putting pressure on the mayor.JTA contributed to this report.