Heidi Ewing, who made 'One of Us,' said hassidic Jews were targeted for their look. 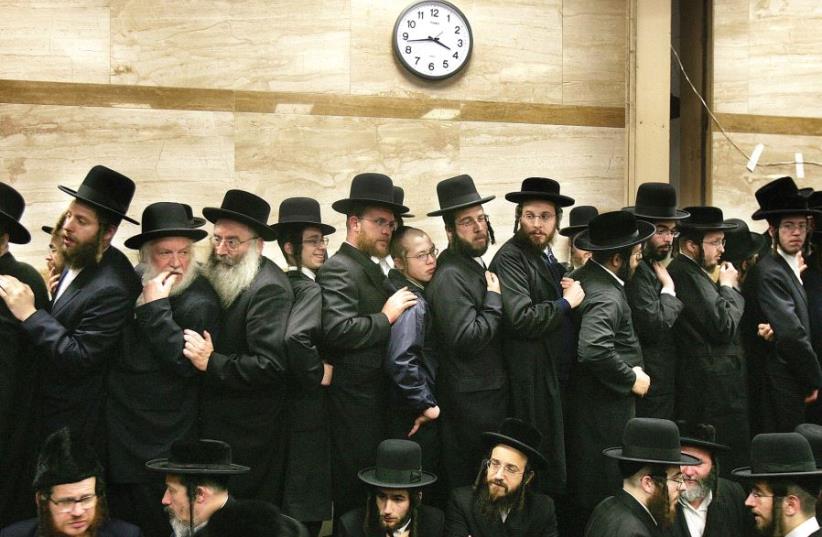 Hassidic Jews
(photo credit: REUTERS)
Advertisement
The director of a new Netflix film about hassidic dissidents has apologized for comments she made about the Holocaust that were inaccurate and offensive.Heidi Ewing, who co-directed the new documentary One of Us, appeared on The Charlie Rose Show on Thursday night to promote the film. There she told guest host Jeff Glor, “The vast majority of hassidic Jews were exterminated in the Holocaust, partly because they refused to blend in. They kept wearing the clothing. They sort of were loud and proud about their identity, and the vast majority died in the Holocaust.”While it is true that the hassidic community was decimated by the Holocaust, the idea that Jews who “blended in” were less of a target is wholly inaccurate. The Nazis sought out Jews of all stripes, including those who didn’t practice the religion at all.Several days later, Ewing posted an apology for her statement on her website.“I am sorry if my words on Charlie Rose caused any pain and would like to clarify their meaning,” she wrote, noting that close to half of world Jewry was killed by the Nazis (the figure is closer to 35%; in Europe alone it was about 60%). “Hassidic Jews suffered disproportionate losses during the Holocaust partially because they were more easily identified and therefore had more difficulty hiding. This has been documented by multiple historians. It took great courage for hassidic Jews at that time to refuse to change their appearance to look more like the general European public. I am only filled with respect and admiration for any person who chooses to live their own truth.”One of Us, which premiered globally on Netflix on Friday, follows the stories of three hassidic New Yorkers who choose to leave behind the community and the struggles they face in doing so.