“A vote in favor of boycotts, divestment and sanctions is a vote against the very legitimacy of the Jewish state.” 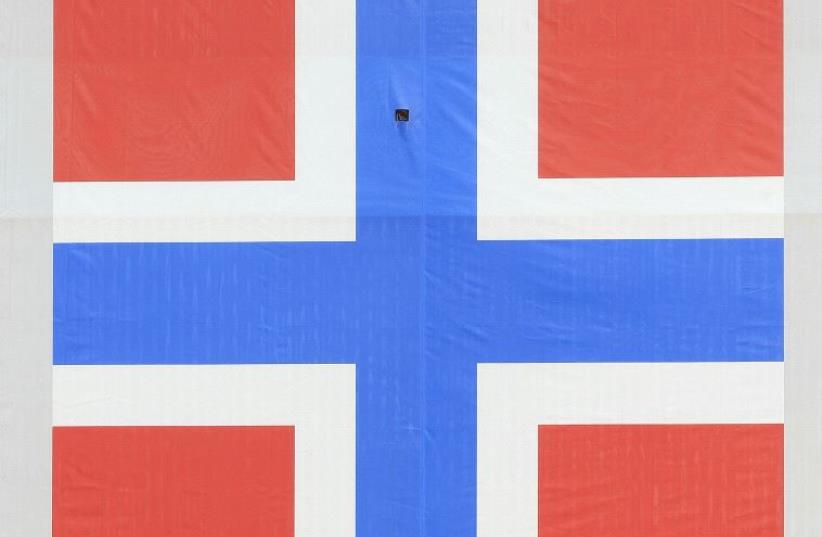 A woman cycles past a banner of the Norwegian flag attached to a warehouse in Oslo, Norway.
(photo credit: REUTERS)
Advertisement
Norway’s largest trade union reaffirmed its support for boycotts of Israel.The assembly of the Norwegian Confederation of Trade Unions on Friday called for a total boycott of Israel in a nonbonding resolution.The confederation, known locally as LO, represents over 900,000 unionized workers in the country – more than one quarter of the adult working population. Its delegates voted 193 to 117 in favor of a boycott of the State of Israel.“Since dialogue and resolutions have had little effect, there must henceforth come an effort to achieve an international economic, cultural and academic boycott of Israel in order to achieve those objectives,” the resolution read.In recent years, LO has called to boycott various Israeli institutions, including the Histadrut labor union, and businesses “that profit from the occupation of Palestinian land,” as the organization stated in a 2013 resolution. Virtually all major player in Israel’s industrial and economic sector have dealings with or offices in Israeli settlements, a fact that has contributed to such calls by LO being interpreted as a call for a blanket boycott on the Israeli economy.A Norwegian government spokesperson distanced the Cabinet from the vote and said it does not represent the official position of Norway. A spokesperson for Israel’s foreign ministry called the vote “discriminatory.”Norwegian Foreign Minister Børge Brende wrote on Twitter: “Norwegian government strongly opposes Norw Labour Union’s decision: #boycott of #Israel. We need more cooperation and dialogue, not boycott.”LO President Hans-Christian Gabrielsen’s recommended against passing the resolution, according to the news agency Sputnik.The vote by LO “not only reflects a deep bias against Israel and its active labor movement, but undermines efforts to bring Israelis and Palestinians together,” Jonathan A. Greenblatt, the CEO of the Anti-Defamation League, wrote in a statement Friday. “A vote in favor of boycotts, divestment and sanctions is a vote against the very legitimacy of the Jewish state.”