Conservative leader: "We have not seen anything like this since the time of the occupation.” 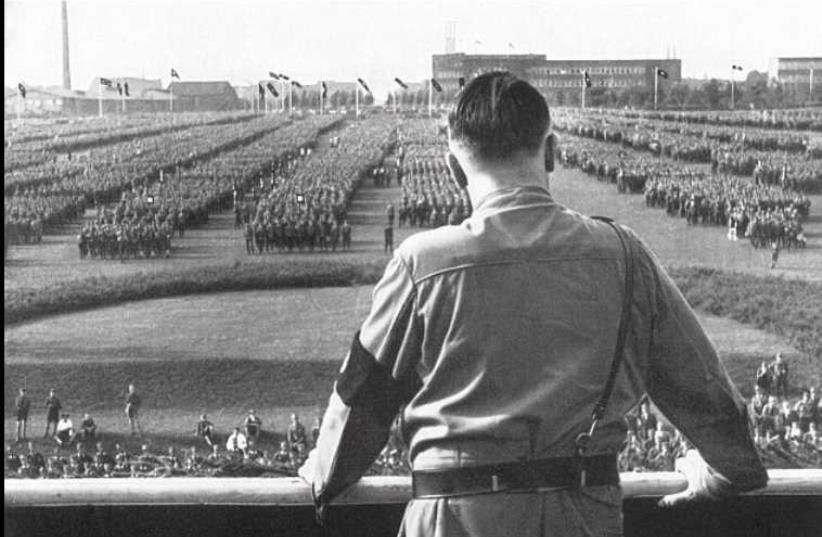 German chancellor Adolf Hitler looks out at a rally staged by the Nazi Party
(photo credit: Courtesy)
Advertisement
A Norwegian politician compared smoking bans in cafes and other public spaces to the persecution of Jews under the Nazis.Geir Finne, leader of the self-described “culturally conservative” Coastal Party, which has not held any seats in the country’s Parliament in a decade, said in an article published on TV2: “We are fighting against a systematic discrimination against smokers. We have not seen anything like this since the time of the occupation.”“This is legally enforced discrimination. Jews were also already being persecuted from 1933,” he added, according to The Local, an English-language Norwegian news publication.Kristian Andresen, a party member in Tromsø, defended the comparison, saying: “You have to use some pretty powerful language if you want people to listen. That’s why we are comparing the smoking ban with the persecution of Jews, especially what happened in 1933-1939. We did not compare it with the torture and murder that happened during the war, but with the actual persecution.”The Coastal Party combines culturally conservative positions with environmentalism and libertarianism, according to The Local.It briefly won some seats in the Norwegian Parliament between 2001 and 2005.