“This is not a matter of opinion. It’s all there in Sarsour’s own words — her Tweets and the things she has told the press and said on stage" 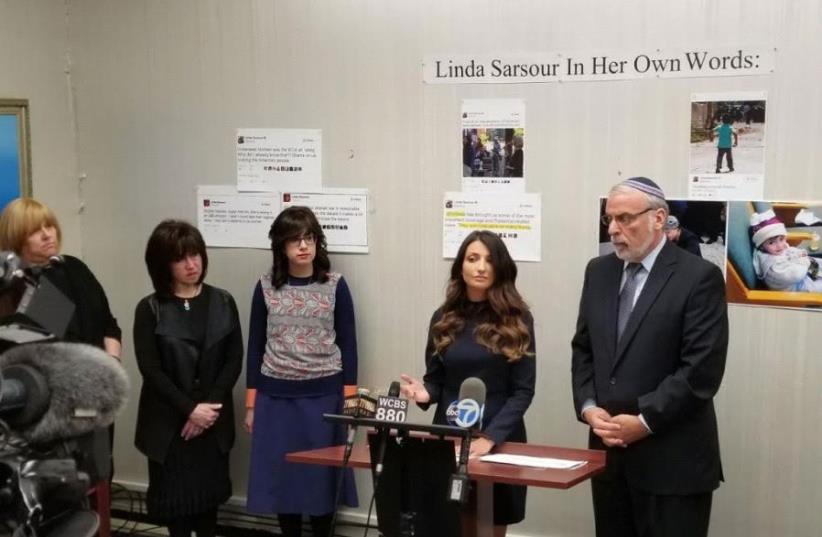 Assemblyman Hikind pushes back against Sarsour’s supporters
(photo credit: COURTESY OF DOV HIKIND'S OFFICE)
Advertisement
NEW YORK – New York State Assemblyman Dov Hikind, who has been at the forefront of recent efforts to prevent Palestinian-American, anti-Israel activist Linda Sarsour from speaking at a City University of New York commencement ceremony next month, responded on Monday to attacks from Sarsour’s supporters, who accused him of “character assassination.”“Sarsour has openly associated with terrorists, glorified acts of violence and praised terrorism throughout her career as a so-called social activist,” Hikind said. “This is not a matter of opinion. It’s all there in Sarsour’s own words – her Tweets and the things she has told the press and said on stage.”Hikind sent out a list of comments made or written by Sarsour, including the time she praised convicted Palestinian terrorist Rasmea Odeh at a conference in Chicago last month and her comment to The Nation saying: “Is there room for people who support the State of Israel and do not criticize it in the movement? There can’t be in feminism.”“Sarsour is playing liberals and the women’s movement, who want to believe she represents their views,” he said in a statement, joined by a group of Brooklyn women supporting him on the issue. “It’s time that elected officials, who have praised her in the past for her public work, take off the blinders and evaluate her other agenda.”That agenda, he added, includes delegitimizing the State of Israel, promoting Shari’a law and glorifying acts of terrorism.One of the women who stood by Hikind at his press gathering, Inna Vernikov, said that as “an immigrant, an attorney, a feminist and a Zionist” she cannot support CUNY inviting Sarsour to speak to graduates.“Linda Sarsour has decided that a woman cannot be a feminist and a Zionist, but she has no authority on either of these subjects,” Vernikov said. “She advocates for Shari’a law and apologizes for Saudi Arabia, both of which subjugate women. That is not feminism.“Is this the best that CUNY can offer as a role model for the future? Today, I stand ashamed to be a CUNY graduate,” she continued.Last month, CUNY said it stands by its decision to invite Sarsour to address graduates of its School of Public Health and Health Policy, despite criticism by Jewish leaders.Jewish groups have joined Hikind in expressing outrage and have called on the university and the state to rescind Sarsour’s invitation.Sarsour supporters held a rally on Monday morning accusing Hikind of leading a “smear campaign” against her and insulting him publicly.