"People like Cohen really show how we have risen as a people," says young participant. 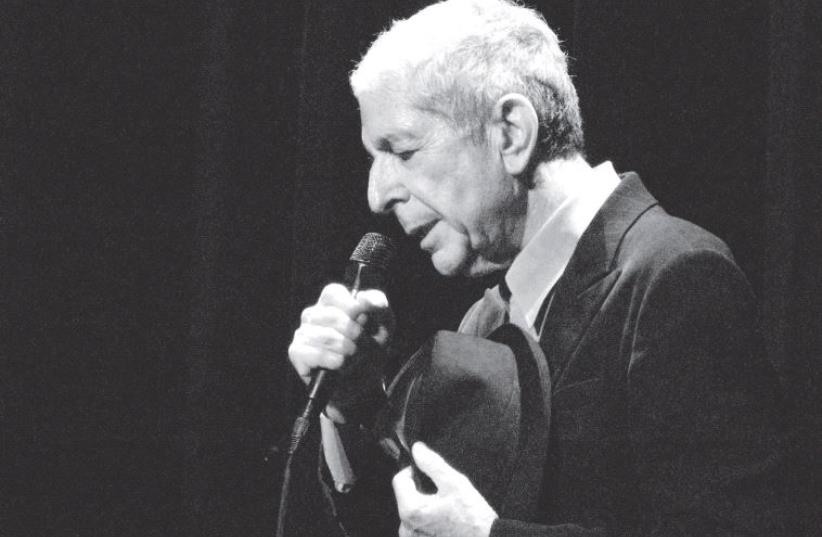 Leonard Cohen
(photo credit: PHOTO BY RAMA VIA WIKIMEDIA COMMONS/CC BY-SA 20 FR)
Advertisement
WESTCHESTER, NY – Inspired by Leonard Cohen’s indelible mark on popular music, and proud of his Jewish Ukrainian ancestry, over 1,000 young Jews originally from the former Soviet Union gathered at a Limmud FSU conference here Friday for the unveiling of an exhibit honoring the late singer and writer.Dr. Yoel Rappel, who curated the exhibit, entitled “Leonard Cohen & Judaism” -- as well as a popular Eli Wiesel exhibition that has been presented in 11 countries over the past year by Limmud FSU -- said Cohen had strong Jewish roots.“His grandfather was the founder of a prominent synagogue in Montreal called Shaar Hashomayim, for which his father served as president,” said Rappel at a Hilton where the annual three-day conference took place.Asked if Cohen was observant, Rappel retold a telling story.“One Friday night about five years ago, he went to a restaurant with a non-Jewish friend of his in Los Angeles carrying a brown bag,” he said. “His friend was very astonished that he came with the bag to such a fancy restaurant, and Cohen said: ‘Don’t order anything. Please wait.’” At this moment, Rappel said Cohen opened the bag and produced two Shabbat candles, two pieces of challah, kosher wine, and a small cup.“First, he lit the candles, then he made kiddish, then he went to wash his hands, and then he made a prayer for the bread,” Rappel continued. “After he finished, he told his friend, ‘Now you can order anything you want.’” Rappel said the exhibition honoring Cohen’s life includes information about his background and family ancestry, photos of Shaar Hashomayim in Montreal, as well as the synagogue his grandfather first attended in Kovel, Ukraine, copies of the records he recorded, and the books he authored.“All his life, he kept his Jewish identity, and took pride that his name expressed that he was a priest, said Rappel. “And he said he wanted to continue to be a priest.”In another anecdote, Rappel noted that Cohen was visiting Israel when the Yom Kippur War began, and decided to stay for an extra month to join Ariel Sharon and his soldiers, for whom he performed every day.Limmud FSU founder Chaim Chesler and co-founder Sandra Cahn said the Cohen exhibit, which follows the Wiesel exhibition -- as well as several others honoring Jewish luminaries from the former Soviet Union, including Shimon Peres -- are intended to inspire the millions of young Russian-speaking Jews.“I met with Eli Wiesel a couple years before he died, and he asked me to create a travelling exhibition about his life, and we took it to Israel, Moscow, Australia, Kiev, Kishinev, and every country we went to, government ministers attended the unveilings where we showed the importance of Wiesel’s contributions to knowing what happened in the Holocaust and Soviet Jewry,” said Chesler. “He started with ‘Let my people go,’ and ended up with ‘Let my people know,’ and that is why he was a legend of our education movement. Through his art, and Jewish pride, Leonard Cohen was also a legend, which is why we created this year-long exhibition, which will also travel to 11 countries.”Cahn, a New York-based philanthropist and businesswoman, said Wiesel and Cohen personify the mission of Limmud FSU, which is both to educate Jews from the former Soviet Union about a faith once obscured by Communism, as well as engender a sense of Jewish pride.“One of the tenants of Limmud FSU is to remember the past, so we can move forward, because without our past we don’t really know who we are and where we are going, and I think that is the lesson that Eli Wiesel and Leonard Cohen understood and embraced,” said Cahn.“The reason why it’s so important for us to do these exhibits is because all of the people we feature give young Russian-speaking Jews a sense of pride and belonging.”Indeed, Milena Segal, a 22-year-old student at Brooklyn College living in New York, originally from Kyrgyzstan, said the Wiesel and Cohen exhibits inspire her. “People like Eli Wiesel and Leonard Cohen give me such a sense of pride because there is a small Jewish community from where I come from, and seeing how they rose and made an impact on the world is just amazing,” she said.“It really shows how we have risen as a people.”