Poland to punish those who use the phrase "Polish death camp"

Poland has long sought to eliminate the misleading phrase from historical and newspaper accounts since it suggests the country, as responsible for Holocaust-era camps on its occupied territory. 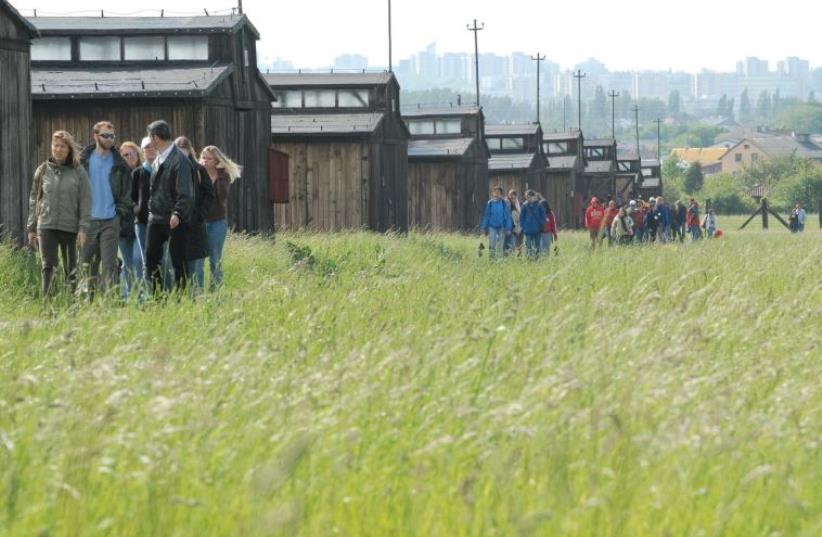 University students on the March of Remembrance and Hope visit the barracks at Majdanek concentration camp, located on the outskirts of Lublin, Poland
(photo credit: COURTESY SECOND STORY PRESS/MARCH OF THE LIVING)
Advertisement
WARSAW - Poland is drawing up new regulations to punish use of the phrase "Polish death camps" when referring to wartime Nazi concentration camps on Polish soil, Justice Minister Zbigniew Ziobro said on Saturday.Poland has long sought to eliminate the misleading phrase from historical and newspaper accounts since it suggests the country, which was occupied by Nazi Germany during World War Two, was responsible for Holocaust-era camps on its territory.The Nazis operated their most infamous death camps, such as Auschwitz-Birkenau, Sobibor and Treblinka complexes, mostly in occupied Poland rather than in Germany."This will be a project that meets the expectations of Poles, who are blasphemed in the world, in Europe, even in Germany, that they are the Holocaust perpetrators, that in Poland there were Polish concentration camps, Polish gas chambers," Ziobro told private radio RMF."Enough with this lie. There has to be responsibility," he said.The phrase "Polish death camps" is usually found only in foreign publications, almost never in Poland itself.Ziobro said he had presented the project to Prime Minister Beata Szydlo and she reacted positively.