Pollard: It will take a miracle to get me back to Israel

Pollard said that it is going to "take a miracle" to get him back home.

Jonathan and Esther Pollard
(photo credit: Courtesy)
Advertisement
In an exclusive impromptu street interview with Channel 1's Amir Bar-Shalom, after not having spoken to the media since his release,  Jonathan Pollard wished a Shana Tova (Happy New Year) to all of his friends in Israel, adding that he hopes to be home in Israel very soon. The majority of questions asked by Bar-Shalom received a reply of "no comment" as the terms of Pollard's parole do not allow him to be interviewed by journalists for five years. He stated that he cannot speak about much of anything of substance.  While addressing his physical health, Pollard stated that his situation has greatly improved, mentioning that he was previously unable to walk due to ill health. Pollard stated that he feels the people of Israel are behind him and that "the government [of Israel] will do whatever it wants to do."When asked about President Obama's meeting with Prime Minister Benjamin Netanyahu and whether his return to Israel was mentioned, Pollard replied that he "did not know."  Pollard said that it is going to "take a miracle" to get him back home. 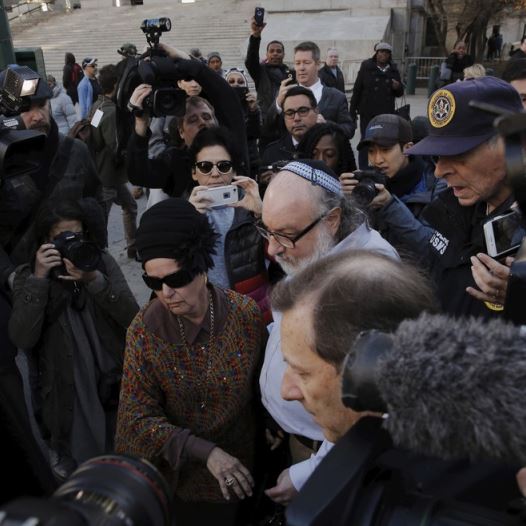 Israeli spy Jonathan Pollard leaves a federal courthouse in New York (Credit: Reuters)Pollard was released on “mandatory” parole on November 20, 2015 after serving exactly 30 years in prison for the crime of conspiracy to commit espionage without intent to harm the United States, by delivering classified information to Israel in 1984 and 1985.But his parole conditions require him to be monitored by a GPS device that forces him to violate Shabbat and Jewish holidays and his computers to be monitored, which his lawyers say has prevented him from being employed.Pollard asked the court to remove the conditions the day he was released. After a December 14 hearing, the court asked the parole commission to justify the conditions. Pollard’s lawyers called the response the commission issued March 2 “a series of disjointed observations about events that occurred 30 years ago and unsubstantiated statements of US officials.”The commission justified the GPS monitoring by citing a letter written by New York Democratic Congressmen Jerrold Nadler and Eliot Engel to Attorney- General Loretta Lynch, asking that Pollard be allowed to move to Israel.Pollard’s lawyers responded that “the commission’s distorted reliance on the Nadler/Engel Letter is proof of how vindictive and biased this proceeding has become toward Mr. Pollard.” They wrote that it was “grossly unfair and unconstitutionally retaliatory” to suggest that because congressmen wrote that Pollard would want to move to Israel in a lawful manner, he might unlawfully violate the terms of his release.“Pollard has not concealed that he wishes to live in Israel,” they wrote. “He stated it expressly to the Commission on remand. But, this in no way implies that he would risk his freedom in order to do so.” 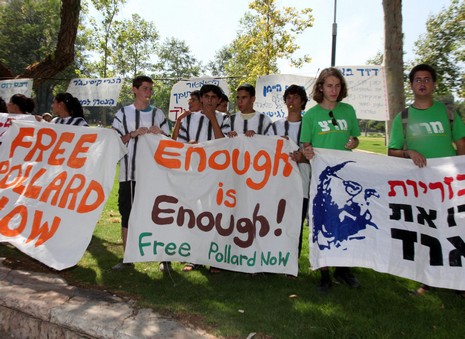