This year at the White House. Next year in Jerusalem?

Donald Trump wearing a Jewish prayer shawl.
(photo credit: CARLO ALLEGRI/REUTERS)
Advertisement
The White House seder tradition will continue with US President Donald Trump at the helm, White House sources told Jewish Insider on Friday. While it is yet unknown if Trump's daughter Ivanka, who converted to Orthodox Judaism, and her husband Jared Kushner will attend the Monday evening ceremonial meal in celebration of Passover, it seems likely.Since Trump took office in November, Jared and Ivanka have both assumed White House roles. The Jewish world has watched as the first daughter and her husband received a special rabbinical pass to travel on Shabbat for the inauguration, held a Shabbat dinner at their home in the swanky Kalorama neighborhood of Washington DC, and even made hamentashen with their children to celebrate Purim.
Ivanka Trump Visiting Ohel Of Lubavitcher Rebbe
The White House seder was a tradition started by former president Barack Obama in 2009, who marked the holiday annually at the presidential residence. 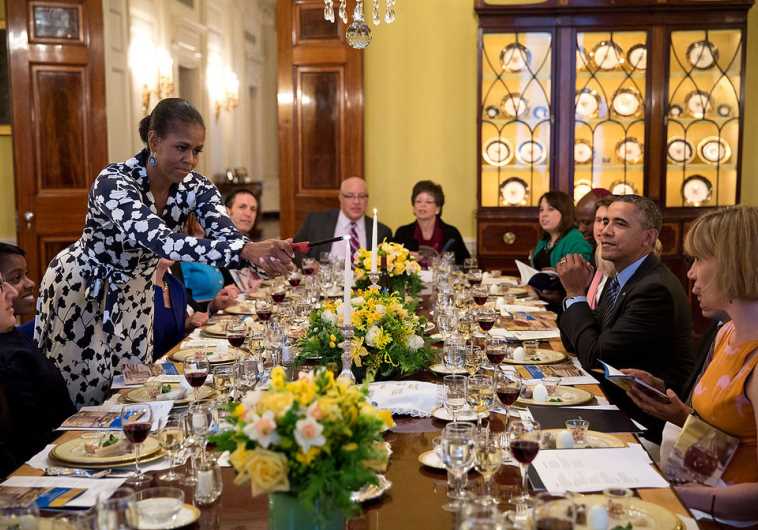