The Republican primaries "is a circus, it's a big joke... No one understands how Donald Trump has gotten this far, but he's done it," Saban said during an interview with Channel 2. 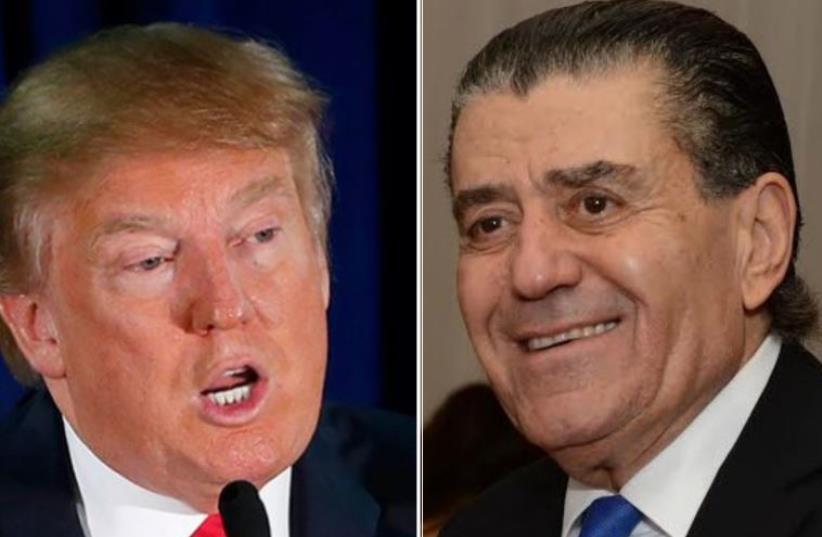 Donald Trump (L) and Haim Saban
(photo credit: PETER HALMAGYI,REUTERS)
Advertisement
Billionaire media mogul and philanthropist Haim Saban said during an interview on Saturday that Republican presidential candidate Donald J. Trump was a "dangerous clown" and was not fit for the US presidency.Speaking with Channel 2, Saban, who is a well-known Clinton supporter and has made large contributions to her campaign in the past, said that Trump would be a dangerous choice to become president if elected into office."This is a circus, it's a big joke...No one understands how he has gotten this far, but he's done it," Saban said during the interview."We're seeing a serious campaign and a tsunami of support for Donald Trump. He's a dangerous clown. He's dangerous to the world and dangerous to Israel... he's unpredictable. Nobody knows whats going on in his head. One day he supports Israel, and the other he's saying he's neutral," he added.Saban noted that he was throwing his support behind Clinton for commander-in-chief, saying that she was the best person to facilitate peace for Israel and stabilize the region."Hillary would be great for Israel, she would be great for the Middle East, she would be great for the world," Saban said enthusiastically.  "Hillary will be excellent for those who back a two-state solution. For those who don't believe in the two-state solution, then she would not be so great... because she believes in it," he added.Asked how she would get along with Prime Minister Benjamin Netanyahu if elected president, Saban replied that she would "get along well with the prime minster. They would have a relationship that would be efficient and beneficial" given her 25 years of support for the Jewish state.Saban made the comments on the eve of the US Republican primaries, with four states voting for their choice of presidential candidate. The states include Kansas, Kentucky, Louisiana and Maine. In an interview with The Jerusalem Post early last year, Saban used much of the same language to describe Clinton, saying she  was a "great" friend to Israel and would make an excellent president if given the opportunity. “Hillary has been a steadfast defender of Israel’s interests. She will be a fantastic president for the US, an incredible world leader and one under whom the relationship with the US and Israel will be significantly reinforced.”Trump has been notably controversial during the campaign season, from refusing to immediately denounce the Ku Klux Klan during an interview with CNN last week, to telling a room full of Republican Jewish donors that they didn't like him because he refused to take their money in early December."You're not going to support me even though you know I'm the best thing that could ever happen to Israel. And I'll be that," Trump told the Republican Jewish Coalition in December 2015. "You're not going to support me because I don't want your money. Isn't it crazy?"Noa Amouyal contributed to this article.