Sir Eric Pickles: Without Jews, Britain would not tick properly

By TAMARA ZIEVE
MARCH 22, 2018 18:34
A British Jewish athlete walks to an entrance of the 14th European Maccabi Games at the Olympic park in Berlin, Germany
(photo credit: REUTERS/FABRIZIO BENSCH)
Advertisement
Britain would be diminished if Jews began to leave the country, Sir Eric Pickles, the United Kingdom’s special envoy for post-Holocaust issues, told The Jerusalem Post on Thursday during an interview at the British Embassy in Tel Aviv.Pickles was referring to a recent study by the Institute for Jewish Policy Research, which found that around 2% of British adults can be categorized as “hardcore” antisemites, and antisemitic ideas can be found at varying degrees of intensity across 30% of British society, with that number agreeing with at least one antisemitic statement about Jews. 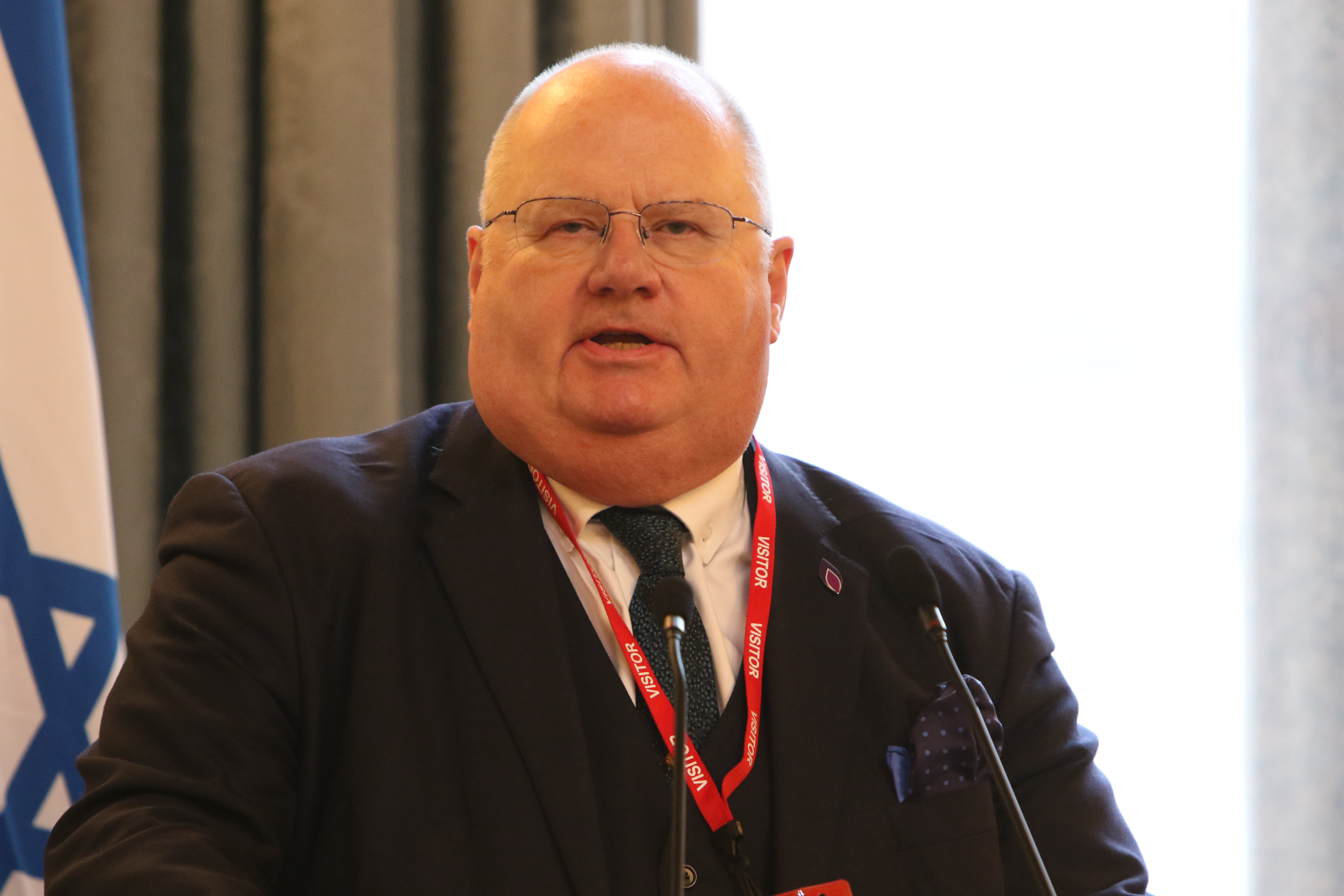 Sir Eric Pickles, Special Envoy for Post-Holocaust issues speaking at the Commemoration of Holocaust Memorial Day event, January 23, 2018 (FOREIGN AND COMMONWEALTH OFFICE / WIKIMEDIA COMMONS).“We need to address the casual acceptance of some of the old [antisemitic] tropes,” Pickles said. “I feel strongly about this because Judaism is a fundamental part of the British identity. If we were to see, as France has seen, Jews starting to leave the country, we would be diminished – we wouldn’t be Britain anymore. It’s not the old cliché about Jews being the ‘canary in the coal mine,’ it’s about what makes Britain tick – and without Jewish people, Britain would not tick properly.”Pickles was in Israel to attend the sixth Global Forum for Combating Antisemitism, held in Jerusalem from Sunday to Wednesday.Pickles said that while there is a wave of antisemitism across Europe of which Britain is not immune, “it would be a gross exaggeration to say that Jewish people in Britain are unsafe.” He noted that while there has been a rise in antisemitic incidents, most of them are nonviolent.However, he said, “we’re not a million miles away from what happened on the continent, and we have to ensure that our population is safe.”The latest figures released by UK antisemitism watchdog the Community Security Trust found that the number of antisemitic hate incidents in the country reached a new high in 2017.“We do have the courage to produce these figures, which a lot of countries don’t,” Pickles said.With regard to Labour Party leader Jeremy Corbyn, Pickles says that when asked whether he thinks he is an antisemite, his response was: “I have no idea, but he should stop surrounding himself with antisemites.”He described the Chakrabarti report – which cleared the Labour Party of charges of institutional antisemitism – as a “disgrace,” and alluded to a documentary that is in the making about information that was allegedly repressed from the inquiry.Pickles said the situation of the Labour Party is “deeply worrying” and stressed that he is a first-generation Tory, whose great-grandfather helped found the Independent Labour Party in Bradford. “So despite the fact that I’ve been a Tory for the last 50 years, I do have some attachment [to the Labour Party] and it’s heartbreaking,” he said.“There is a big battle going on for the soul of the Labour Party, which the extreme Left seems to have won,” he lamented.Pickles, who used to be the chairman of Conservative Friends of Israel, noted that the group has a close relationship with Labour Friends of Israel. “They’re fighting a difficult battle,” he said.Nonetheless, Pickles is optimistic: “We will beat the antisemites.”Britain’s fight against antisemitism, includes millions of pounds that go into protecting Jewish institutions and events every year, Holocaust education on the national school curriculum and a plan for a new national Holocaust memorial, which will stand next to Parliament and is expected to be completed by 2022.