“As far as combatting anti-Semitism, local institutions can be characterized as totally worthless in terms of fulfilling their ostensible function in Lithuanian society.” 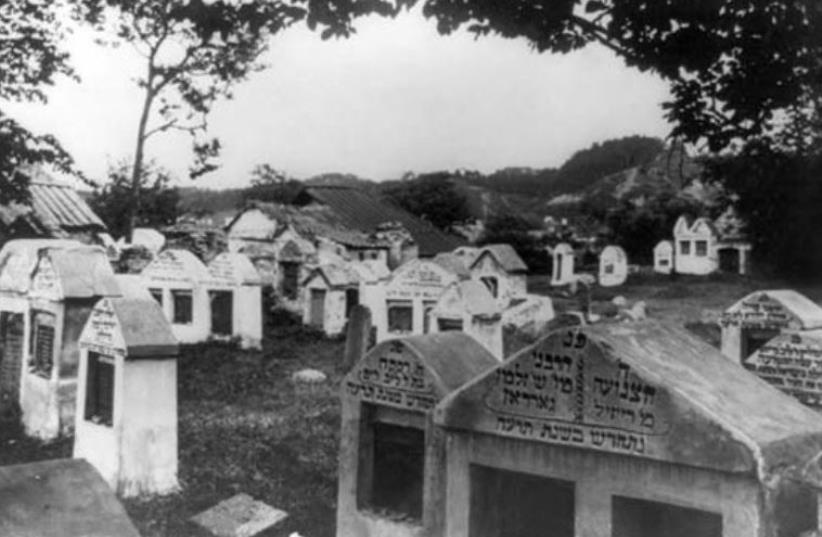 The old Jewish cemetery in Vilnius, circa 1922
(photo credit: Wikimedia Commons)
Advertisement
A symposium on anti-Semitism co-sponsored by the Lithuanian Jewish community has come under fire for including figures accused of distorting the Holocaust. The conference was held yesterday in Vilnius.Several speakers at the gathering, such as filmmaker Jonas Ohman and Sarunas Liekis, a member of the European Commission against Racism and Intolerance, have been accused of obfuscating the Lithuanian role in the genocide of the country’s Jewry by both local historian Dovid Katz, editor of the Defending History website, and Efraim Zuroff of the Simon Wiesenthal Center.“Of course, it’s impossible to know for sure, but it seems this may be another conference with lavish funding whose real purpose is to...obfuscate the situation rather than fight anti-Semitism, racism and extremism,” Katz, who is highly critical of the local Jewish leadership, told The Jerusalem Post in an email.He was especially critical of Ohman, who was slated to discuss “distinctions between criticism of Israel and anti-Semitism,” accusing him of using one of his films to glorify post-war anti-Soviet partisan leader Juozas Luksa, who was “implicated in wartime Holocaust crimes.”Asked about the conference, Zuroff, who is also highly critical of the local Jewish community, said it had been “designed to give the impression that the community is working hard to combat anti-Semitism and even Holocaust denial and distortion.”He also questioned the credentials of some of the community’s partners in the endeavor.“A closer look at the identity of the speakers... leaves the informed observer totally confused, since among the participants are an outspoken opponent of Holocaust distortion like Prof. [Leonidas] Donskis, alongside key players in the [Lithuanian] government’s Holocaust distortion industry, such as Sarunas Leikis,” Zuroff said.“As far as combating anti-Semitism, the local institutions which are lavishly funded to monitor and combat anti-Semitism are strangely silent when anti-Semites march down the main avenues of the major Lithuanian cities on Independence Day, and can be characterized as totally worthless in terms of fulfilling their ostensible function in Lithuanian society,” he said.This is not the first time Zuroff has sparred with the Lithuanian Jewish community over its collaboration with local academics in memorializing the Holocaust. In January, he criticized the inclusion of Dr. Arunas Bubnys, director of the Center for the Study of the Genocide and Resistance of Residents of Lithuania, at a community-organized commemoration.Bubnys’ writings, Zuroff asserted in a letter to Lithuanian Jewish leader Faina Kukliansky, serve as “a good example of Holocaust distortion designed to downplay the role of Lithuanians in the mass murder of Jews, and emphasize the questionable behavior of the Jewish police who were operating under coercion in very difficult circumstances. It was Bubnys who publicly denied the well-documented violence by Lithuanians against Jews in dozens of communities before the Nazis even arrived, a fact corroborated in numerous survivor testimonies.”Asked about the opprobrium leveled at her leadership of the Jewish community, Kukliansky replied that she refused to discuss Zuroff’s “lies,” adding that she was consulting with legal counsel.“It’s outrageous, it’s insulting, it’s lies,” she said at the time.On his website, Katz took aim at a local university involved with the conference.“One of the conference organizers, Vytautas Magnus University in Kaunas, itself hosts a lecture hall and bas-relief glorifying the same Holocaust collaborator and 1941 Nazi puppet prime minister who was reburied in Kaunas with full honors in 2012,” he wrote, referring too Lithuanian prime minister and Nazi collaborator Juozas Ambrazevičius.The Lithuanian Jewish community did not immediately respond to a request for comment.