A number of churches and an office building also offered up their space. 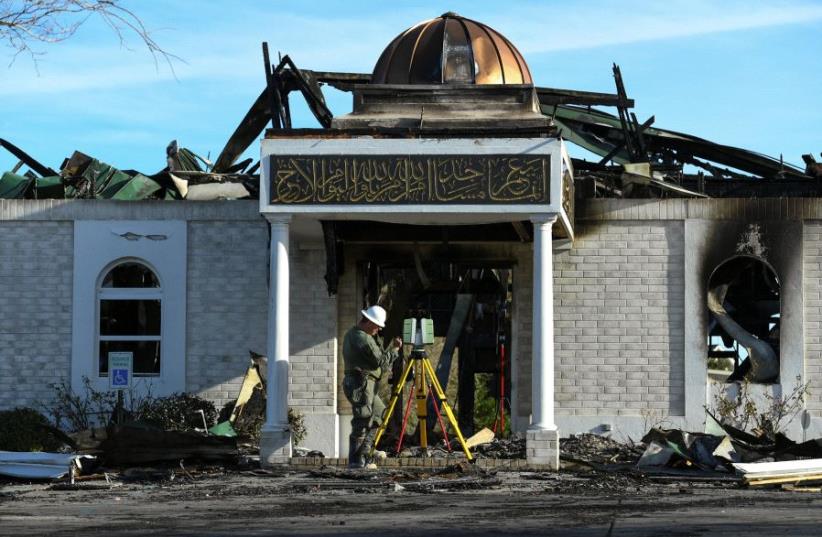 A security official investigates the aftermath of a fire at the Victoria Islamic Center mosque in Victoria, Texas January 29, 2017.
(photo credit: REUTERS)
Advertisement
The Jewish community of Victoria, Texas, has stepped up to aid the town's Muslim community after their mosque was destroyed in a fire last weekend, CNN reported.Dr. Shahid Hashmi, the president of the Victoria Islamic Center, told CNN that Dr. Gary Branfman, a friend of his and a member of Victoria's Temple B'nai Israel, stopped by his home to give him the keys to the synagogue so they could use it for their services."I never doubted the support that we were going to get," said Hashmi. "We've always had a good relationship with the community here."The cause of the fire has not been determined yet. CNN reported that a number of churches and an office building also offered up their space, and that the Islamic Center has taken up temporary residency in a mobile home on the mosque property.  They hope to be able to rebuild their mosque within the year thanks to generous donations locally and from abroad, including a GoFundMe page that has already raised over one million dollars in support.