Rabbi Moishe Chanowitz will blow the shofar on the border between French St Martin and Dutch Sint Maarten in the Caribbean. 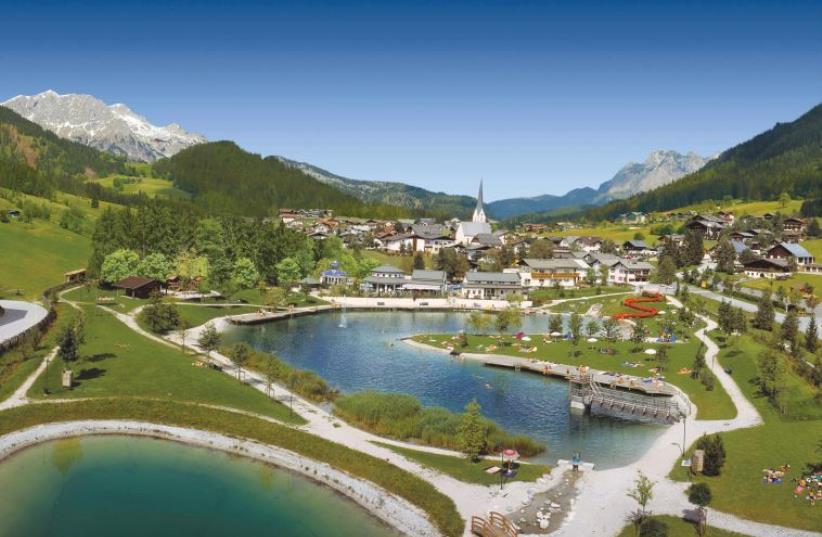 A PANORAMIC View of St. Martin
(photo credit: Courtesy)
Advertisement
A rabbi has become a uniting force on the Caribbean island of St Martin as he prepares to blow the shofar on a national border, allowing Jewish residents on both sides of the island to perform the mitzvah of hearing the horn blown. St Martin covers just 88 km sq, about 2.6 times the size of Manhattan, and is home to around 80,000 people, yet its tiny size makes it distinctive in one way: it is the smallest land mass in the world containing the territory of two distinct countries. The northern part of the island is French St Martin, capital: Marigot, while the southern portion is Dutch Sint Maarten, with its own capital of Philipsburg.The division, a hang-over from the colonial era, was formalized in the Partition Treaty of 1648, otherwise known as the Treaty of Concordia, but has been an amicable agreement with citizens of both territories moving freely around the island... until the coronavirus pandemic prompted governments to consider their borders. According to Chabad.org, for the first time ever the border - locally dubbed the Bellevue Border - came into play as the island-wide lockdown was slowly lifted: by late July the Dutch side opted to open their airport to international travelers, while the French side opted not to. The result was that, when the Dutch side went ahead on August 1, the French side reacted by closing the border to their southern neighbors. “It created real chaos,” says Rabbi Moishe Chanowitz, who co-directs Chabad-Lubavitch of S. Maarten/Martin with his wife, Sara. “People live on one side and do business on the other, while others go to school on one end away from their homes on the other end. It’s really one country, and no one ever looked at the border as anything other than a symbolic marker. The only difference is the electric company, really.”Chanowitz lives in Simpson Bay in Sint Maarten, but many of his congregants live in the northern St Martin. When he realized this meant they would not hear the shofar this Rosh Hashana he came up with a cunning plan, to blow the shofar on the Bellevue Border, allowing Jews from both sides of the island to participate in the mitzvah of hearing the horn blown. “I plan on being there Sunday, God willing, and I’m sure that when I hear the shofar, it will remind me of former times,” Phillipe Goldman, a Paris native who has lived on the island for 15 years told Chabad.org. The Chanowitz's usual focus is catering to the many Jewish tourists and visitors which flock to the island, especially for some winter sun. But with the coronavirus taking its toll on the tourist industry, the couple realized they had an opportunity to focus more of their time on local residents and the few visitors who were caught by the lockdown. On Thursday, amid overwhelming protests, the French territory's government has relented and opened the border, but Rabbi Chanowitz still plans to blow the shofar at the border. “Right now, we feel so apart from each other," Goldman said. "This split has really kept us away from one another, and we are all so happy to have this chance to gather and be a community again.”