Thousands of Jewish documents lost during the Holocaust discovered

Among the finds are letters written by Sholem Aleichem, a postcard by Marc Chagall, and poems and manuscripts by Chaim Grade.

By JTA
YIVO unveils lost Jewish documents thought to have been destroyed during the Holocaust
(photo credit: THOS ROBINSON / GETTY IMAGES NORTH AMERICA / AFP)
Advertisement
NEW YORK  — A trove of 170,000 Jewish documents thought to have been destroyed by the Nazis during World War II has been found.On Tuesday, the New York-based YIVO Institute for Jewish Research announced the find, which contains unpublished manuscripts by famous Yiddish writers as well as religious and community documents. Among the finds are letters written by Sholem Aleichem, a postcard by Marc Chagall, and poems and manuscripts by Chaim Grade.YIVO, which was founded in Vilnius in what is now Lithuania, hid the documents in 1940, but the organization moved its headquarters to New York during World War II. The documents were later preserved by a Lithuanian librarian, Antanas Ulpis, who kept them in the basement of the church where he worked.Most of the documents are currently in Lithuania, but 10 items are being displayed through January at YIVO, which is working with the Lithuanian government to archive and digitize the collection. 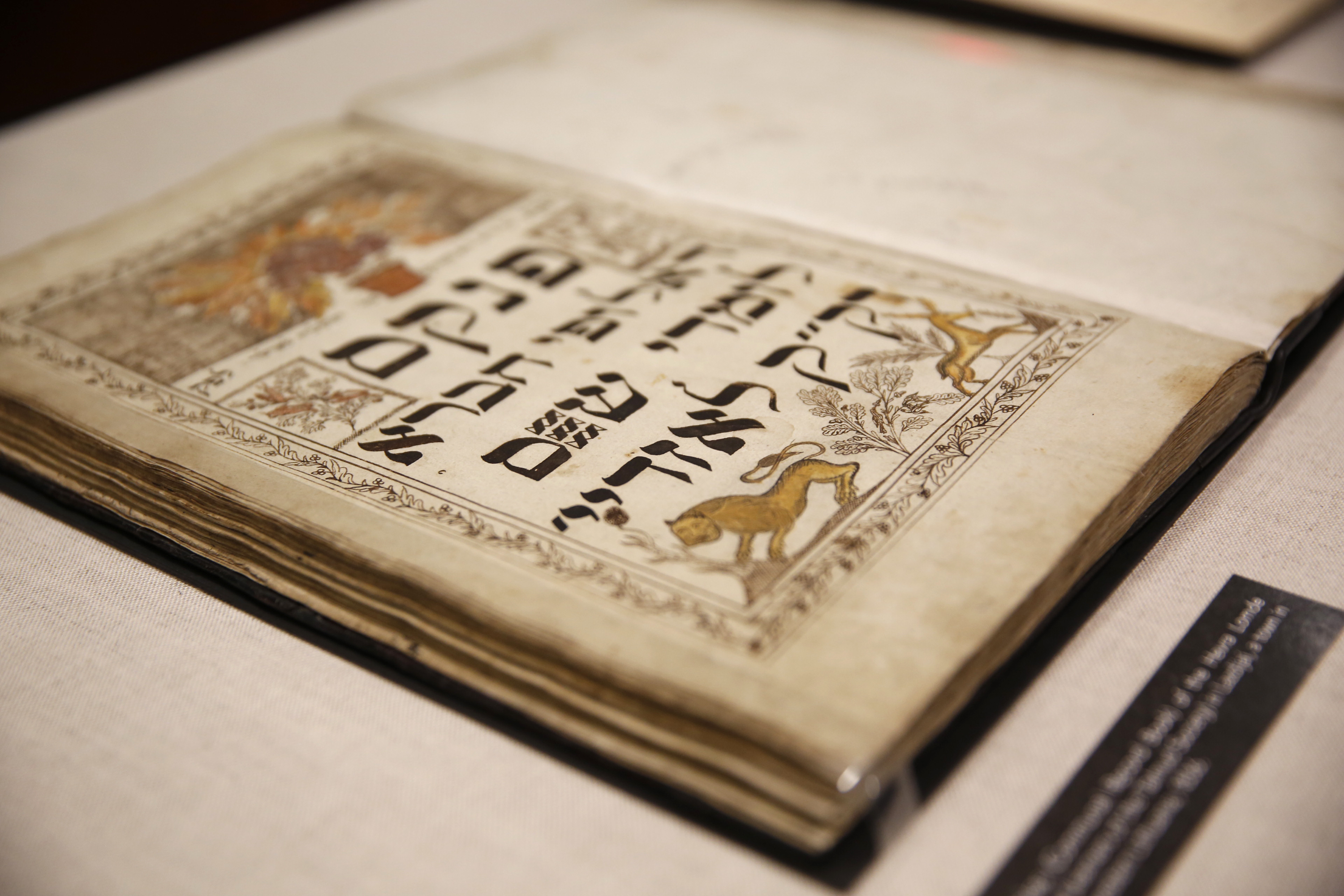 YIVO unveils lost Jewish documents thought to have been destroyed during the Holocaust (THOS ROBINSON / GETTY IMAGES NORTH AMERICA / AFP)
“These newly discovered documents will allow that memory of Eastern European Jews to live on, while enabling us to have a true accounting of the past that breaks through stereotypes and clichéd ways of thinking,” YIVO Executive Director Jonathan Brent said Tuesday in a statement.Senate Minority Leader Charles Schumer, D-N.Y., praised the discovery.“Displaying this collection will teach our children what happened to the Jews of the Holocaust so that we are never witnesses to such darkness in the world again,” Schumer, who is Jewish, said in a statement.Dani Dayan, Israel’s consul general in New York, compared the documents to “priceless family heirlooms.”“The most valuable treasures of the Jewish people are the traditions, experiences and culture that have shaped our history,” he said. “So to us, the documents uncovered in this discovery are nothing less than priceless family heirlooms, concealed like precious gems from Nazi storm troopers and Soviet grave robbers.”