Pew Survey: Third of US believes 'true Americans' are Christian 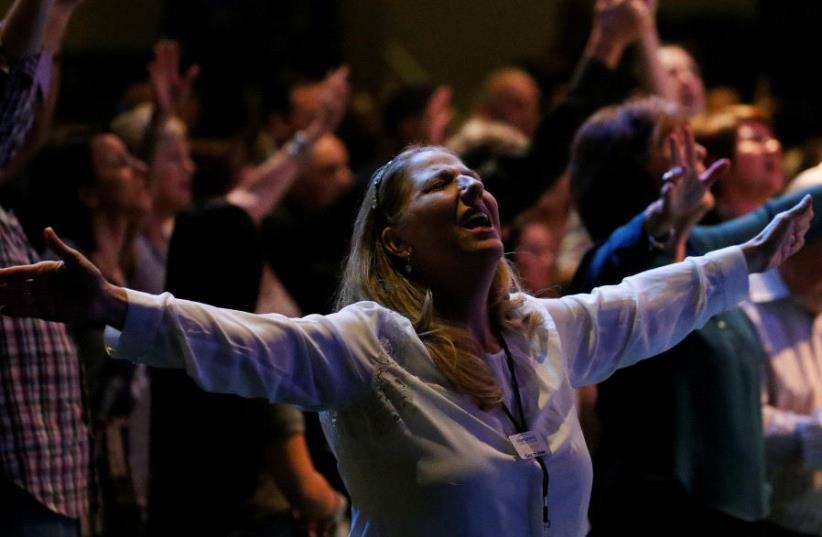 A woman prays in the room with then Republican presidential nominee Donald Trump during church service at the International Church of Las Vegas in Las Vegas, Nevada, US October 30 2016.
(photo credit: REUTERS)
Advertisement
Amid rising nationalist sentiments across the United States and swirling controversy over a refugee ban and travel suspension from a swath of the Muslim world implemented by the Trump administration, a bloc of Americans is citing place of origin and religion as core to national identity, a recent research survey finds.The Pew Research Center report shows that roughly a third (32%) of people in the US believe it is “very important” to be Christian to be considered “truly American.” The same number believes it is critical to have been born in the US to be identified as an American.“A clear partisan split in the US also exists on the importance of being Christian,” the Pew report finds. “More than four in ten Republicans (43%) say it is a very important part of being an American. Fewer Democrats (29%) and independents (26%) share this view.”Americans tend to agree that language is a critical component to national identity: 70% of those polled consider English fluency a “core” American trait.The survey finds similar figures in Europe overall, which is facing similar political headwinds: Roughly 33% of Europeans consider birth in their nations critical to European identity, based on a median of polling in ten European countries.Specifically, Northern Europeans are the least nativist: Only 13% of Germans and 8% of Swedes believe birth in country is critical to national identity. The most nativist are Greece and Hungary, followed closely by Italy and Poland.Pew collected its survey data throughout the spring of 2016, and is based on telephone and face-to-face interviews conducted under the direction of Princeton Survey Research Associates International and TNS BMRB, a British market research agency.