Vandals wrote "Terrorist Israel, there is Allah," on the external walls of the synagogue structure. 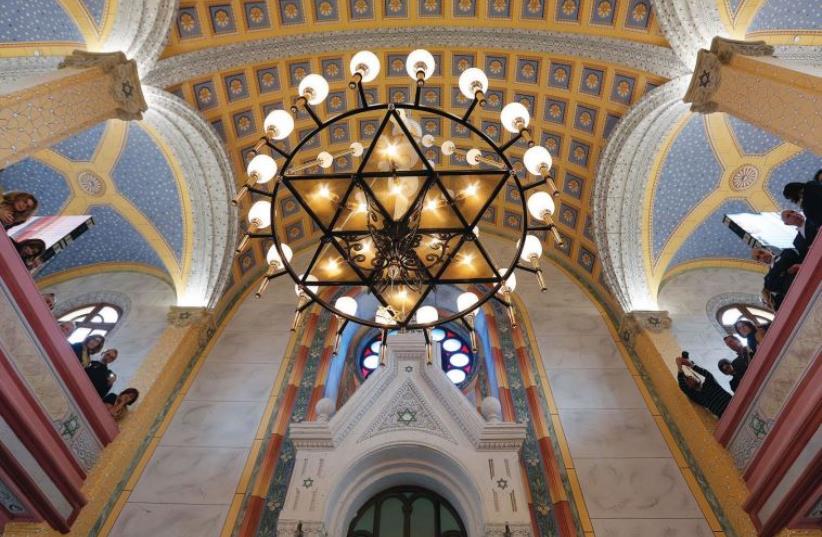 Grand Synagogue of Edirne, Turkey
(photo credit: REUTERS)
Advertisement
Vandals spray-painted hate graffiti on the Istipol Synagogue in Istanbul just days after a one-time prayer service was held, the first in 65 years, the Turkish publication Today’s Zaman reported on Tuesday.Vandals wrote “Terrorist Israel, there is Allah,” on the external walls of the structure in white paint, in the largely Jewish neighborhood of Balat.“Writing anti-Israel speech on the wall [outside] of a synagogue is an act of anti-Semitism,” Ivo Molinas, editor-inchief of the Jewish community’s weekly newspaper Salom, said in an interview with the Turkish newspaper.“There is widespread anti-Semitism voiced in Turkey and it gets in the way of celebrating the richness of cultural diversity in this country,” he added.Molinas was upset at the linkage made between the Jewish community in Turkey and Israel, emphasizing that the Turkish Jewish community is not connected to Israeli policy.“Of course there are some connections between our community and Israel; members of our community have family that live there and might have emotional connections but we have nothing to do with their political policies,” Molinas was quoted to have said.Sixty-nine percent of Turks harbor anti-Semitic attitudes, the Anti-Defamation League says. A 2014 study by the Hrant Dink Foundation found anti-Semitism to be the most common form of racial or religious prejudice expressed in Turkish media.