The women, aged 66 and 33, were found with stab wounds at their home in Golders Green Friday night and declared dead at the scene. 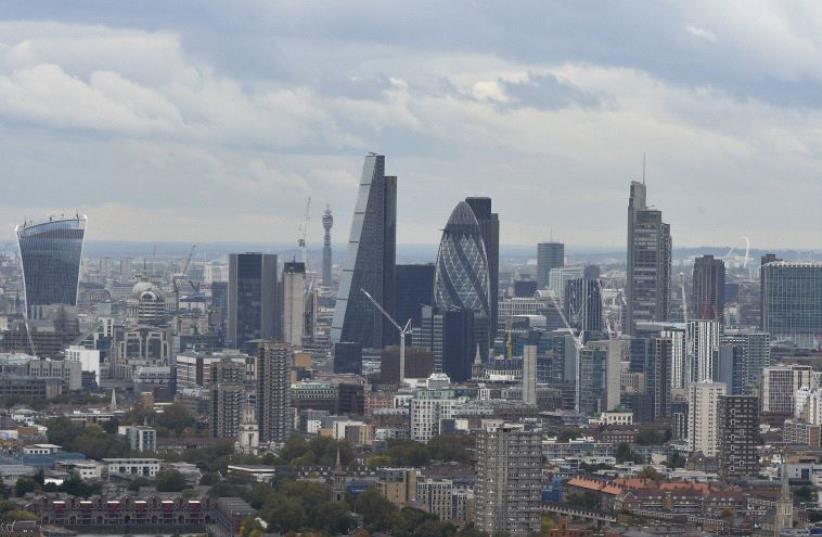 A general view is seen of the London skyline from Canary Wharf in London, Britain, October 19, 2016
(photo credit: REUTERS)
Advertisement
London police arrested a man Saturday afternoon after a mother and daughter were stabbed to death in their North London home, according to media reports.Joshua Cohen, 27, knew both women and has paranoid schizophrenia, police said. He was arrested in Golders Hill Park after being spotted by a member of the public. UK's Daily Mail reported that the victims were Cohen's mother and sister.

Police were called to the house of Joshua Cohen on Friday and found HIS sister and mother suffering from stab wounds https://t.co/asqAuWSSrV
— Daily Mail U.K. (@DailyMailUK) August 12, 2017


The women, aged 66 and 33, were found with stab wounds at their home in Golders Green Friday night and declared dead at the scene, according to the Daily Mail.  The area is known to have a large Jewish population. UK police were working with the Community Security Trust (CST), a Jewish charity that runs patrols to protect the Jewish community, to locate Cohen. According to its website, CST secures over 650 Jewish communal buildings and approximately 1,000 communal events every year.Detective Inspector Ian Lott, of the Met’s homicide and major crime command, told The Guardian: “Following a recent media appeal, a discerning member of the public alerted police to a real-time sighting and officers moved quickly to detain and arrest the man wanted for questioning shortly before 14:00hrs."
Advertisement
Subscribe for our daily newsletter