Sponsored by the Christians United for Israel (CUFI) organization, the event was scheduled to take place on June 22 at an undisclosed venue in Westminster. 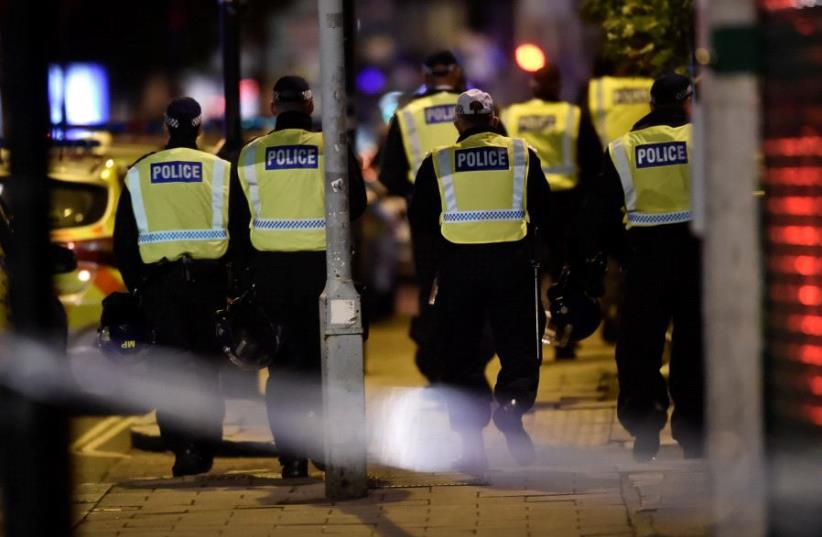 Police attend to an incident on London Bridge in London, Britain, June 3, 2017
(photo credit: REUTERS / HANNAH MCKAY)
Advertisement
Security considerations have forced the postponement of a pro-Israel event in the United Kingdom following recent terror attacks on London and Manchester, The Jewish Chronicle reported Wednesday.Sponsored by the Christians United for Israel (CUFI) organization, the event was scheduled to take place on June 22 at an undisclosed venue in Westminster.“Following recent attacks in central London and Manchester, a number of foiled attacks in recent weeks and the on-going terror threat, we had already increased planned security to a much higher level than usual," CUFI said in a statement obtained by The Jewish Chronicle.

“However, having assessed the current situation and received independent advice we have taken the difficult decision to postpone the event."  Islamic extremists have called for the specific targeting of Christians and Jews during the month of Ramadan, during which our event was set to take place. Although no specific threat has been received, we have been advised that our event could be a target.”The group, which describes itself as "a national grassroots movement focused on the support of Israel," declined to state who provided the advice.Twenty-two people were killed and dozens wounded, including many teenagers, when a bomb was detonated at the end of a concert by the American pop star Ariana Grande in the northern England city of Manchester on the night of May 23. The following day, the Islamic State terrorist group claimed responsibility for the bombing.Less than two weeks later, militants drove a van at high speed into pedestrians on London Bridge before stabbing revelers on the street and in nearby bars, killing eight and wounding more than 30. This second attack occurred on June 4.  Approximately 1,000 tickets priced at £10 ($13.00) each had already been sold for the event - called A Night to Honour Israel - by the time CUFI announced the delay. Organizers said the event would have been the largest ever attended, with “a few hundred more” expected to be bought in the days leading up to the event. Customers have been offered a full refund.The inaugural Night to Honour Israel took place in 2015, according to The Jewish Chronicle.