Wasserman Schultz is an active member of the Israel advocacy community in Washington, and as chair of the DNC, served as one of the most senior Jewish members in Congress. 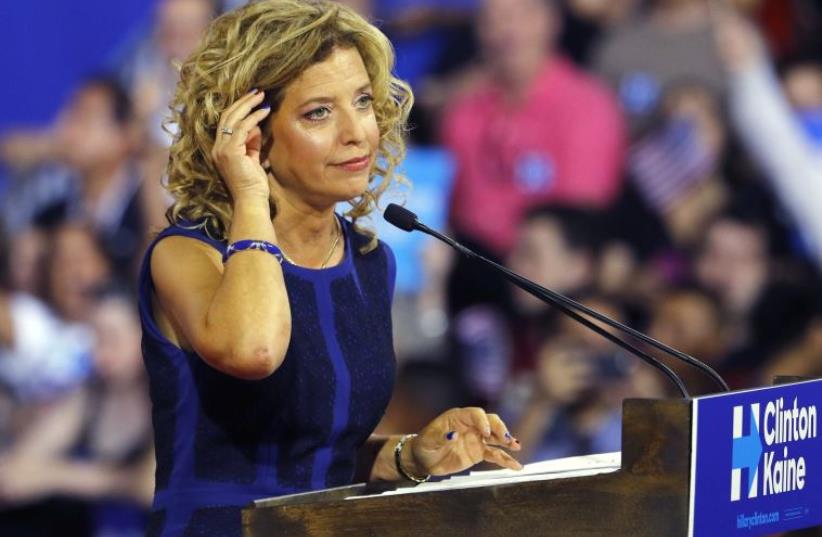 Debbie Wasserman Schultz of Florida
(photo credit: REUTERS)
Advertisement
WASHINGTON -- Debbie Wasserman Schultz defeated Tim Canova in her local primary battle on Tuesday night, after a hard-fought race that garnered attention due to her highly public role in national Democratic politics.American media outlets called the Democratic primary in Florida's 23rd congressional district for the incumbent with 56% of precincts reporting, at which point Wasserman Schultz maintained a margin of 15 points over her rival.The victor survived a bruising primary battle during which her opponent tried to use her support for the Iran nuclear deal against her in one of the most Jewish-populated districts in the United States: Florida's Miami Dade and Broward counties. Wasserman Schultz was also unceremoniously shown the door as chair of the Democratic National Committee last month– just one day before the party's national convention gaveled into session in Philadelphia– over leaked e-mails which showed her favor for Hillary Clinton over Bernie Sanders in the party's presidential primary.Sanders vowed to campaign against Wasserman Schultz,. but in his own Florida primary against Clinton, he lost Wasserman Schultz's district by roughly three votes to one.Wasserman Schultz is an active member of the Israel advocacy community in Washington, and as chair of the DNC, served as one of the most senior Jewish members in Congress.Canova had raised over $3.3 million in his bid to best the embattled incumbent over the course of the primary.