What do Holocaust survivors think of ‘Polish death camps’?

Whitewashing history “can be done more easily when our generation is not here, so it’s very important that we have to fight it.”

By TAMARA ZIEVE
HOLOCAUST SURVIVORS visit the site of the Auschwitz death camp, during ceremonies marking the 73rd anniversary of the camp’s liberation and International Holocaust Victims Remembrance Day, in Poland in January 2018..
(photo credit: KACPER PEMPEL / REUTERS)
Advertisement
‘After all these years, they want to have the blame removed, as if they didn’t have anything to do with it,” Freda Wineman, a survivor of Auschwitz II-Birkenau death camp, told The Jerusalem Post, regarding controversial Polish legislation to outlaw talk of Poles’ complicity in  Nazis’ crimes.Though the part of the legislation that criminalizes the use of the term “Polish death camps” grabbed headlines, the fact that the camps were established and run by Nazis is not the focus of the dispute. The main concern is that criminalizing statements regarding complicity of the Polish nation is an attempt to distort history and can prevent survivors and historians from speaking freely.Wineman, a French native who has lived in the UK since 1950, opines that the measure is connected to an attitude of the third generation toward Holocaust history.“They want to whitewash it in their favor,” she asserts.“When the Nazis invaded, Poland had the largest Jewish population in Europe [some 3.2 million Jews], and yet they were rounded up so quickly into the ghettos within a short frame of time that there must have been some complicity with the local Polish population, and only very few actually stood up and tried to help Jews they had lived alongside for a long time,” she notes. “They were almost pleased to be able to take over their homes and things that the Jews had to leave behind.“You must always remember the Righteous Among the Nations, but that was a minority. Some people I know were hidden by Christians,” she acknowledges. Yet one also must remember, she says, that “the Poles were already antisemitic before the war.”Wineman’s parents and one of her brothers were killed in Auschwitz, and only one member of her father’s family, who were from Poland, survived the Holocaust. She has spent the past two decades devoting much of her time to sharing her testimony with students and members of the public in the UK.Whitewashing history, she says, “can be done more easily when our generation is not here, so it’s very important that we have to fight it.” 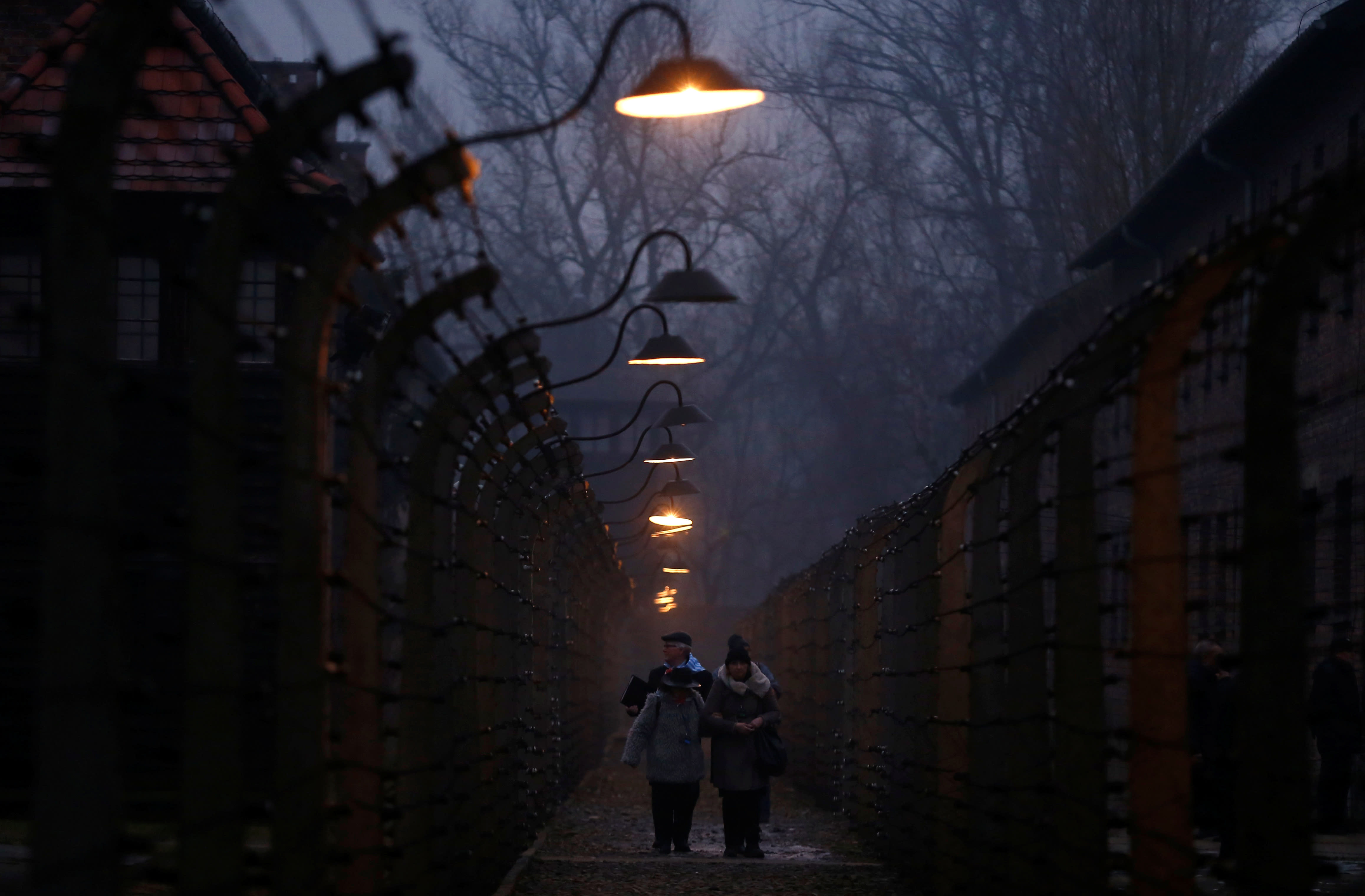 Survivors and guests walk inside the barbed wire fences at Auschwitz, during ceremonies marking the 73rd anniversary of the liberation of the camp, in Oswiecim, Poland, January 27, 2018. (REUTERS/KACPER PEMPEL)
HISTORIAN SHIMON REDLICH is the author of several books, including Together and apart in Brzezany, which explores the relations between Poles, Ukrainians and Jews who lived in the formerly Polish, now Ukrainian town of Brzezany, where he survived the Holocaust.He, too, expresses a negative outlook on the new Polish legislation.“I’m critical of it, not only based on emotion but based on knowledge and research and my general outlook. I’m a historian and I’m a liberal,” he says.Two families helped save his life during the Holocaust, one Polish and one Ukrainian.“As a historian, I’m against making any limitations or posing difficulties for historians and researchers to do research on these difficult and sad subjects,” Redlich began by saying. “I would say this new law, whether it’s in Poland, Ukraine, Israel, or any country, is anti-historical, anti-liberal.”But Redlich is also critical of the emotional response that has come out of Israel in recent days.“If I switch to my other hat as a child survivor, I’m also critical of the generalizations and stereotypes that appear now in the Israel media. If you open all the papers, the front pages talk about Polish guilt and about Poles in general as terrible people, as worse than the Germans,” he said. “As a historian and someone who was saved by a Polish family, I’m critical also of this general outrage against Poles.“I can understand the emotions, but we must make a division between the emotion of survivors, many who experienced inhumane behavior on the part of some Poles, and on other hand not to accuse the Polish people as a whole of being worse than the Germans, because this is a complete misconception,” Redlich says.“We should always remember this it was Hitler and the Nazis,” he continues, and that there was assistance from people among the local populations, in many countries, not just in Poland.“One has to be very careful to differentiate and see different shades and not to put everything into one basket,” he stated, adding that the same must be done when dealing with the current right-wing, conservative and nationalistic Polish government.“They want to exonerate those Poles who are being accused of collaborating with the Nazis – they have an image of Poland as a martyr nation that suffered from Russians and Germans, and they don’t want to agree that even part of Poles collaborated or behaved immorally toward their Jewish neighbors. We should remember that the former Polish government did allow history of the Holocaust as it was to be published and even asked for forgiveness in the name of the Polish nation for what they did to their neighbors. We have to have perspective and not see in black and white,” he says.Redlich also notes that during the years in Poland under Communist rule, mention of the Righteous Among the Nations was almost nonexistent. “And now this nationalistic, rightist, Polish government is inflating the subject... to turn the whole Polish nation into a nation of saviors of Jews.” 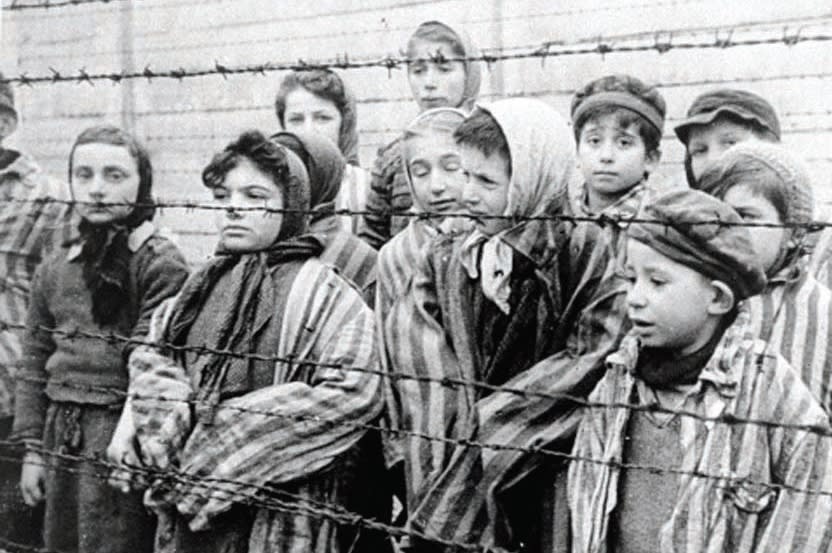 Child survivors of Auschwitz stand behind a barbed wire fence. (Wikimedia Commons)
AUTHOR AND journalist Zvi Gil survived the Auschwitz and Dachau concentration camps and the Lodz Ghetto. His father, grandfather, two siblings and most of his family were killed in the Chełmno extermination camp.Gil agrees that the current Polish government is taking the country in a dangerous direction.“There is no justice and no logic in the law,” he told the Post, opining that it will only harm Poland’s status as an open society, in the European Union and in the international community.If the government passes the law, he said, it must be very clear about what it includes. It mustn’t prevent researchers from doing their work in Poland, for instance, he says.He says it’s important to acknowledge that the Poles were also victims of the Nazis, who suffered at their hands and were killed by them.“And there wasn’t a body of Poles, like in Hungary, that helped the Nazis, but different groups of Poles did take advantage of the fact that the Jews were gone – for instance, they destroyed cemeteries and used the tombstones for building,” he says.“Hatred of the other was one of the things that characterized the Polish nation,” he said, noting that there were even blood libels at the end of the 19th century in the town where he grew up, Zdunska Wola.In 1940, Gil’s family was rounded up and sent to live in the ghetto that was established in their town, Zdunska Wola, where his grandfather had been head of the Jewish community.“Having been brought up in a religious home, I felt like it was the destruction of the Third Temple. When we were driven from our spacious home to a hut, there was not any sympathy nor aid from the Polish friends we had.”But he notes that the first section of his autobiographical book Paper Bridge is dedicated to his family life and community life in Zdunska Wola before the war. “We had a good life. So my memories of Poland are nostalgic. I don’t hide them and I don’t hate them – on the contrary.”He says he had thought that contemporary Poland was going in a positive direction, “but it appears it is going backward, and as somebody who was born in Poland and is connected to Poland, to its landscape and its literature, that hurts me,” he remarks. 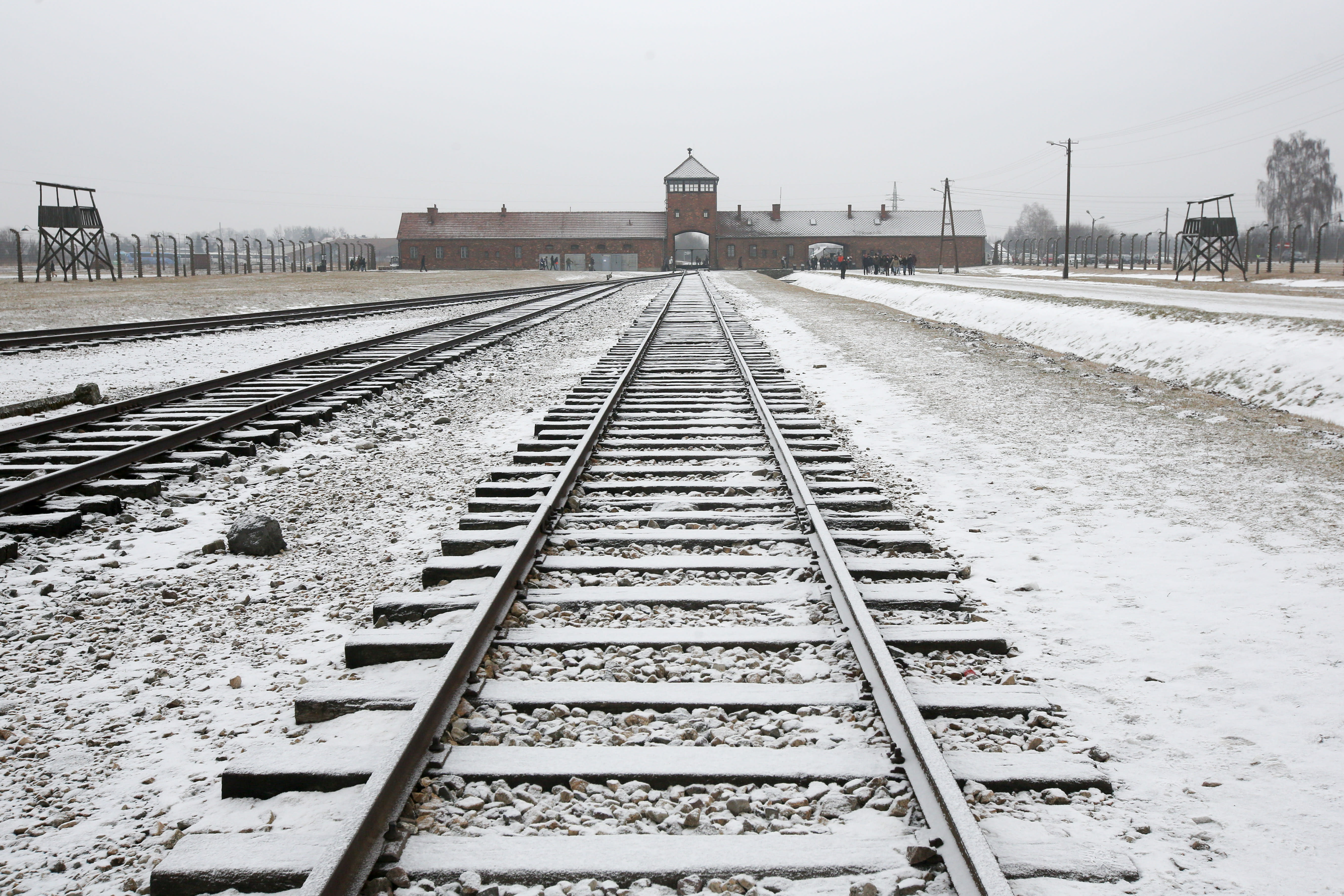 Birkenau concentration camp in Poland in the snow (MARC ISRAEL SELLEM/THE JERUSALEM POST)
POLISH HOLOCAUST survivor, actor and composer Shmuel Atzmon, who fled Poland to Russia during the Holocaust, also expresses pain at having learned “that they are trying to beautify history.”“The move the current politicians are trying to make doesn’t serve the Polish people, and it degrades the memory of those who went through the Holocaust,” he said, adding that it unacceptable and inhumane to legislate about the memories of the survivors who remain.“Memories have their own laws, and the first rule of memory is to remember what happened – not what we would like to remember.”He points out that he agrees it’s wrong to say that the extermination camps were the fault of the Poles.“But today, 75 years after the Warsaw Ghetto, where the Jews showed the Poles, too, that they can stand up against evil, to start to say that it is illegal for us to say what we saw with our own eyes, this is unacceptable and inhumane,” he says.Like Gil, Atzmon feels connected to Polish culture, particularly through his work in the arts. “I have good and bad memories of Poland, and just like I don’t erase the bad memories, I also don’t erase the good ones.”Atzmon’s cousin was rescued by a Polish family, and he highlights that the country has the highest number of Righteous Among the Nations. “Just like we need to remember those who saved Jews, we can’t forget those who cooperated [with the Nazis]. As long as I live, as an artist I will try to shine a light both on those who were saviors and those who were complicit.”He notes that he has non-Jewish Polish friends who share his opinions.“For the good of the relations between the Jews and the Polish nation, this thing is not necessary, it needs to disappear and to let us heal the wounds between us. We can find ways to return to good relations, like there were in the small town where I was born.”In the town, he said, Christians, Jews, Roma, Ukrainians and Germans lived together. “We lived together. We learned Polish, of course, and they even learned Yiddish. What we need to do today is not to reopen old wounds. We will fix what is acceptable. It’s truly a mistake to accuse the Polish nation of building the death camps. But not to clean the history of the Polish nation, among which were both good people and people who perpetrated inhumane acts.”This, he said, is crucial for educating the next generations.