Pollard's lawyer, Eliot Lauer, has 10 days to file a notice of intent to appeal. 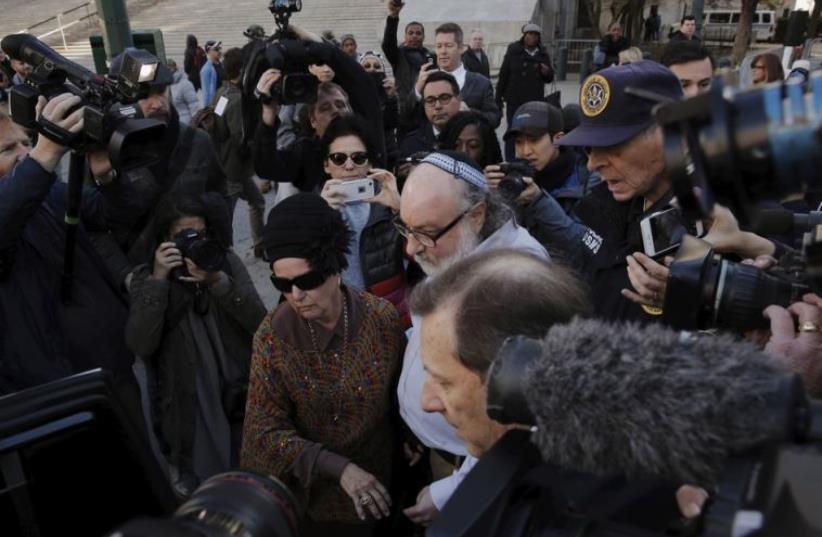 Israeli spy Jonathan Pollard leaves a federal courthouse in New York
(photo credit: REUTERS)
Advertisement
US District Judge Katherine Forrest’s decision to keep in place restrictive parole conditions imposed on Israeli spy Jonathan Pollard was based on nothing but cruelty, the head of the Knesset’s Pollard caucus, Zionist Union MK Nachman Shai, said on Sunday.Forrest rejected Pollard’s request to cancel requirements imposed by the US Parole Commission that prevent him from leaving his New York home after 7 p.m. or before 7 a.m., force him to submit any computer he uses for inspection, and require him to wear a GPS monitoring device that forces him to break the Sabbath. The conditions were imposed when he was released from prison November 20 after serving 30 years of a life sentence for spying for Israel.“It is frustrating to see that the unmerciful pursuit of Pollard by American authorities continues,” Shai said. “We have been saying ‘enough is enough’ for so long, and the response has been insensitivity and inflexibility. He should be allowed to live a normal life, but he can’t when he is stuck to his house and prevented from working in a manner that has passed all limits of what is reasonable. They let him leave jail, so they should have let him have a longer string.”Pollard’s lawyer, Eliot Lauer, has 10 days to file a notice of intent to appeal.He had argued in Manhattan federal court that the parole commission had imposed arbitrary requirements. He tried to persuade Forrest that it was inconceivable that Pollard could still disclose government secrets from more than 30 years ago.But Forrest ruled that the commission had a rational basis for imposing the conditions, including Pollard’s expressed desire to leave the United States for Israel. As part of his parole, Pollard must remain in the United States for five years.She noted that the commission also had reviewed a letter from US Director of National Intelligence James Clapper, stating that documents Pollard had compromised remain classified at the levels of “top secret” and “secret.”“The commission was certainly within its discretion to credit Director Clapper’s characterization of the intelligence Pollard compromised over the characterization advanced by Pollard’s preferred sources,” Forrest wrote.During court proceedings, Forrest said that even if the court were to come to a different conclusion than the government over the parole restrictions, the “rational basis” test only required that the parole commission’s restrictions be grounded in some rational basis, a low legal burden.Lauer said he was disappointed with the ruling and would study it.Reuters contributed to this report.